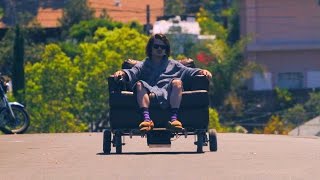 Personally, I find some of the singles on this album are too short and choppy, and some are very similar to other songs on the album. However, Locke’s music also contains calming ballads carefully balanced with exciting and fun moods entwined through the album. I find this range of little texture and soft music to thick texture in his songs entertaining as you listen. Nonetheless, many of Locke’s songs, I feel, are too drawn out and lack energy in parts.

I think this album has a slight absence of originality. Additionally, it does not vary as much as I would like it to as it moves through each song. Despite this, Taylor Locke has definitely got a fresh, new and upcoming talent as some of his songs are pleasing to listen to.