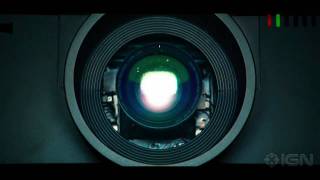 The battle-weary grizzled Staff Sergeant. As a result of having seen it all, Eckharts Staff Sergeant Nantz is worn down, and still traumatized by his last mission, is looking to quit. Unfortunately for Nantz, the same day he turns in his retirement papers, alien machines fall out of the sky and begin invading the coastlines of California as well as around the globe. Nantz must saddle up and fight back, since the Marine Corp. brass has decided that they cannot afford to lose Los Angeles. As he rides into the heart of battle, Nantz is saddled with a young, clueless Lieutenant (Ramon Rodriguez, Transformers: Revenge of the Fallen) fresh out of officers training school. Theres also a young Marine (Cory Hardrict) in his unit who thinks Nantz is responsible for the death of his brother, and hes holding a grudge.

There is also an all-star cast featured in this film like you can see in the plot description we have names like Aaron Eckhart, Ramon Rodriguez, Cory Hardict, and even the highly acclaimed pop-star Ne-Yo! Ive seen some criticism on his performance but considering that this his first film of this standard of quality, id say that his performance from the start is outstanding.

While most alien invasion films are normally split into two sections which would be stealth approach like on TV shows based on this topic (First Wave, Dark Skies, etc) and the all-out war mode which is commonly used in high budget films (Independence Day, Starship Troopers).
I find this film is very unique in the sense that this film has a consistent plan throughout the storyline so it isnt all guns blazing but at the same time, it features many strategies used by actual Marines Corp. Also the military devices are truly shown. One second it will be a pure firefight between a group of aliens and the Marines, then a artillery strike is called in, and then moved on to laser-guided missiles, rocket launchers, and even grenade launchers!

I believe that this is one of the very few films that I’ve seen of this genre which displayed so many compelling story-lines with not only the Marines but also with civilians which are found throughout the film, it showed many successful strategies that sometimes dont go according to plan (sort of spoiled it eh?) and it also displayed very professional firefight choreography. The one thing it seemed to lack was graphic quality on explosions and on background scenery. At some points we can see that some of the shots used are a bit too computer-generated, which baffles me because of the extent of the quality in the aliens themselves. If that was corrected i think i would have given it a 10 out of 10, but unfortunately because of that factor Ill give this film a 9 out of 10. Even though 9/10 is a fantastic rating, its a shame that it didnt get the 10 due to poor graphic control. Nether the less, it is worth the 5.55 cinema ticket.
Signing out, The Letter L.