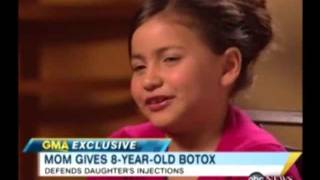 I was just doing some GCSE coursework when a show that was on TV playing in the background briefly mentioned beauty pageants and a girl said “I couldn’t live without them. I mean, how else would I know I’m beautiful?” that quote reminded me about my hatred towards beauty pageants.

Where to begin on this sort of rant? Hmmm… oh, let’s start with the falseness it brings to many girls. Fake hair, Fake eyelashes Fake nails, fake tan, fake everything. To me, it just seems like a life size version of someone playing with Barbie dolls. Surely they’re taking away the whole point of the pageants? It’s supposed to be about beauty, not about who can be the most plastic. I have never had a fake tan or anything like that. When I was younger, I had fake nails put on because my best friend was having them and we were going away on holidays, so I thought I’d give them a try. They irritated me to hell and back. I couldn’t eat my food properly and when they fell off, they ripped my real nails off, too. A lot of girls I know cry when they pull off their fake eyelashes. I’m pretty sure that beauty is natural and isn’t meant to be painful so why bother?

Second of all, the bitchiness. Girls get into fights over these things. They have massive strops and bitch fits all over a stupid competition. Come on, girls, you seriously think it’s the end of the world because you didn’t win? Pathetic. Don’t be a loser. If you’re going to take part in these competitions, for God’s sake, please just put it down to experience, then build a bridge and get over it. You’re being a total brat and you look ridiculous. Be thankful that you had the chance to take part in something you wanted to do.

One thing that really bugs me is ‘size is important’. I read an article once on dailymail.co.uk about a nineteen year old girl who was stripped of her crown after refusing to lose weight. Cynthia de la Vega, who came second in the Nuestra Belleza Mexico competition September 2010, had been preparing to compete in the Miss World pageant in November.

But organisers of Nuestra Belleza Mexico withdrew the 19-year-old’s title, claiming that she had a ‘lack of dedication and discipline.’ Miss de la Vega admitted she had gained weight due to the stress of the upcoming Miss World pageant, but she had not been warned of any physical requirements for the competition.

She said in a press conference: ‘Organizers of the Nuestra Belleza Mexico contest demanded that I lose a few kilos, but they never provided a nutritionist or any other assistance to ensure the weight loss.’

Things like this absolutely bug me. Beauty comes in all shapes and sizes. I know I’m not the perfect weight, but I’d rather be the weight I am than a stick insect. I know girls of all different dress sizes who are absolutely gorgeous. It sickens me that people expect you to be a certain size to be classed as beautiful. What is up with that?

One of the main things that bug me about pageants is the contestants’ parents. Especially with kids’ pageants. Smosh.com mentions an incident which happened not too long ago with an over obsessed mother ending up being jailed over how she treated her child. The website says “America is super-mega-p*ssed at a San Francisco pageant mom named Kerry, whose child beauty practices have gone far beyond your average spray tan and tweezing. Kerry has actually been injecting her 8-year-old daughter Brittany with botox to stay ahead of the game in the competitive world of child beauty pageants. And when I say that she has been injecting her daughter… I mean that she is literally the person who does it. She does it herself, in her home, with no doctor supervision.

She has clearly got nothing but her child’s best interests at heart. Look at how lovingly she wields that syringe! Like an angel giving her sweet baby little botox kisses.

This super sh*tty mom claims to be a part-time esthetician and uses her beautifying skills to wax her 8-year-old daughters legs and pump her face full of back alley botox. She claims that she gets the botox from a “source” that she’d rather not reveal, but insists that her “source” works with or knows a doctor of some sort.

What the hell does that even mean? Is this person stealing botox from a doctor’s office where they work or something? Cuz that’s kinda what it sounds like to me.

She marks the face with a real Sharpie brand pen, just like a REAL doctor would! So it’s obvious that this woman knows what she’s doing. I mean, look at those gloves (that I’m sure she didn’t just pull out for the cameras) she’s a real professional! This woman is one of the worst mother’s I have ever seen… I mean she is seriously messed up in the head, and she’s messing up her 8-year-old daughter. Why not teach your kid that she’s beautiful no matter what anybody says? Why not teach her to NOT CARE what shallow pageant people think about how she looks? Honestly, this kid seriously needs someone to intervene in her life and help her.”

This mother absolutely sickens me. I cannot believe parents do this to their own children. They are meant to be people who encourage their children and remind them they’re beautiful the way they are. If I ever meet a parent who is like this Kerry, I will actually slap them and tell them how wrong they are.

Beauty pageants really go through me. They can really control girls lives and I just think they are a waste of time. If someone thinks I’m beautiful, great, go ahead and tell me, but to actually thrive for the need to be told and to go through all of this just to know you’re beautiful? It really screams out ‘pathetic’ to me.

So yeah, that’s my view on beauty contests. Obviously, I’m not right, nor am I wrong. It’s just my opinion and I am entitled to it, as are you. So if you have an opinion on pageants, please comment because I like to know what other people think of them, too.

Link for the video: http://www.youtube.com/watch?feature=player_embedded&v=auzvSkIk7xg