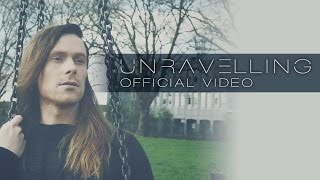 Thanks to Wicid.TV, I’ve had a chance to get a sneak peak listen to one of my favourite solo artists, Bentley Jones, in his upcoming album ‘Unravelling’, which is due for release on June 2nd. The perks you get for volunteering for Wicid – consider it, fellow young people.

If you want to know more about Bentley himself, you can either look him up on the wonderful thing you are using to read this very article or look up my 2015 review of Bentley’s ‘Rebellion’ single. This review may be biased since, well, it IS Bentley Jones, but I’ll do my best to give a critical and respectable response to his latest album.

Selected tracks from the album are up online for you to listen right now. ‘Unravelling’, the song that the album is named after, was released as a single first, but was also uploaded to Bentley’s YouTube channel as a music video. He also has music videos for ‘Die 4 U’ and ‘Sounds of the Summer’, both of which are also on the album. So that would be a good gateway into what his album sounds like.

‘Die 4 U’ has a very upbeat, techno-like instrumental that very much appeals to me… it has violins, that’s enough for me. Judging from the lyrics, the track could relate to identity in some way. ‘Unravelled’ however seems to definitely have some hidden meaning by it, we’ll find out more in the Q&A. Though if you watch the music video it might not be as hidden as you can see dictionary definitions for words like ‘Father’, ‘honesty’, ‘goodbye’, ‘illusion’, ‘regret’, and others, while we see flashbacks of a young child, presumably young Bentley, playing, and current Bentley interacting with his childhood home.

Other personal favourites from the actual album include ‘T.I.T.E’, ‘Come and Get Me’ and ‘Ascension’. All of them have great instrumentals to go along with Bentley’s vocal prowess that fans of Bentley’s work should love. This album will be a welcome treat to the ‘Truth Stalkers’, and also to new fans looking to listen to something different.

Be sure to pick up a copy on its release on June 2nd. Copies are available to pre-order via Bentley’s official website: http://bentleyjones.com/.