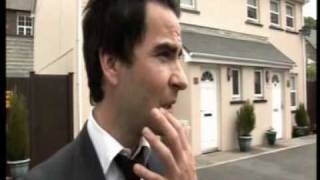 Cable was found dead at his home in the Cynon Valley at 5:30am.

Many musicians and celebrities had only good words for the Welsh drummer, including Welsh comedian Rob Brydon, who stated that Cable was “such a lovely, warm, funny, talented man.”

During the stages after the shock discovery, the police had not established the cause of death, but they stated that there was no sign of suspicious circumstances.

An inquest has now heard that the former Stereophonics drummer choked to death on his own vomit after a three-day drinking session.

The police told the coroner that Cable had been drinking vodka and whiskey.

An accidental death verdict was recorded.

The inquest at Aberdare heard where the drinking session began, on Friday 4 June, when Cable went out with his ex-wife, Nicola, and young son to a rugby club.

Det Sgt Richey Jones told the inquest that, “Nicola later informed his girlfriend Rachel [Jones] that Stuart had been drinking large amounts of vodka during the evening and hadn’t eaten properly.”

Cable then hosted his BBC Radio Wales show in Cardiff on the Saturday evening. He returned to The Welsh Harp, his local pub, at 8pm.

The inquest also heard that Cable and his friend, Simon Collier, returned to the house that night and continued drinking until the early hours of the morning.

Cable woke in the Sunday afternoon and returned to the pub where the he and Mr Collier continued drinking.

The inquest continued, adding that at 11pm, Cable told Rachel that he was getting a taxi home and asked her to order a Chinese takeaway to the pub, before returning home with Mr Collier.

Det Sgt Jones told the hearing: “Stuart was extremely drunk but got a bottle of vodka out of the fridge and continued drinking it neat. He also drank Jack Daniels. He fell asleep on the sofa and Rachel later went to wake him by tapping his head and lifting his eyes.”

But she failed to wake up Cable and went to bed without him. She went back down at 5.30am.

Dt Sgt Jones said that “she knew instantly that something was wrong because he was in the same position she left him. She checked his airways and noticed there was vomit.”

Miss Jones screamed “He’s not breathing. There is something wrong” at his friend. She then ran into the street to flag down the first car, which was driven by Aaron Cable, Stuart’s cousin. He tried to revive Cable before paramedics arrived, but there was nothing they could do.

Det Sgt Jones added that “Stuart was an extremely well-liked man. In addition to being universally liked as a person, his musical talent and accompanying fame meant he had a large fan base and he was easily recognisable. It is no exaggeration to say Stuart Cable is one of the most famous people in Aberdare and local people are extremely proud of him.”

David Stock, the pathologist, found 407 micrograms of alcohol in 100 milliliters of blood. The legal limit for driving is 80.

Dr Stock gave the cause of Stuart Cable’s death was choking on his own vomit caused by acute alcohol poisoning. Glamorgan Valleys coronar Peter Maddox recorded a verdict of accidental death.

The family spokesman later stated “It’s a very difficult time for the family who are still struggling to come to terms with our huge loss. We can’t put into words how much Stuart meant to us.”

Tribute in the latest issue of Plugged In magazine