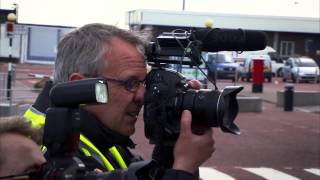 If the Government did win the power, it means that they could cut or even abolish the tax potentially resulting in cheaper flights and airlines joining the Welsh International Airport in Rhoose, Vale of Glamorgan.

The idea has been rejected by the UK Government under current plans to devolve financial powers to Wales. However, the four main political parties in Cardiff Bay have asked for the proposal to be reconsidered.

Bristol airport is very consistent and reliable for many people in the South West of England but over the past 7 years, more and more Welsh people have used the airport due to its low prices. Also as Ryanair left the airport in 2006 after 5 years of service at the airport, the passenger numbers started to drop; now Ryanair are back this week introducing a new flight to Tenerife. Hopefully they will develop more routes from Cardiff.

Bristol’s chief executive says that Cardiff and its rivals need to work together and not to battle it out to see who comes out the best in terms of passenger numbers and also how many big airlines are at the bases, he added the airports need to co-operate to make a Severn region to compete with Cardiff and Bristol’s rivals in the northern half of England.

Cardiff Airport has seen big changes in the past year including, the transformation of the terminal building, a new departures lounge which was completed in the summer and also the brand new, state of the art security area. At the front of the terminal, a new walkway and seating area has been constructed so that passengers can enjoy the flowers and beautiful scenery of the nearby landscape.

The airfield has recently been featured on a six part documentary charting the life at Cardiff airport. It has been broadcast on ITV Cymru Wales for the past four weeks now and has proved very popular. There are still two more episodes to be featured on the channel over the next two weeks.

‘The Airport’, narrated by Eddie Butler, is put on air every Wednesday night at 10:40pm straight after News At Ten. This week, the team get ready to host the late NATO Summit which was held in Newport back in September.

Watch it; it’s very interesting to see behind the scenes of our nation’s airport.

The Airport; 10:40pm ITV Cymru Wales and join in on the online gossip: #theairport.

Thanks for reading and let’s hope we see the Government make Cardiff airport a thriving hub as it was 7 years ago!

Diolch and all the best to Cardiff airport in the future.