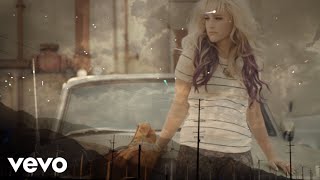 On 8th October, American teen artist, Camryn, dropped her new single, Lovesick, on iTunes and fans were really pleased with the track. Here’s what they had to say:

“I’m so in love with Lovesick! It’s just like the greatest song I’ve ever heard!” – @HorMalStyTomPay

“I have Lovesick on repeat for the best part of everyday because it’s so amazing! I think so many of us can relate to the song and it’s awesome because Camryn is in our age group so she understands, too”- @LokiText

Not only did the single land on iTunes and the music video premiered on MTV, but Lovesick has been pulling some impressive plays at Top 40 radio (USA). However, the success doesn’t stop there – not only was Lovesick the #1 Most Added Debut Pop Record on the chart, but Camryn also became the #1 Most Added Independent Artist! This is the second time in her career that she has earned that title, and for the icing on the cake? Both achievements made Camryn the Most Added Debut Female at Top 40 Radio.

If that isn’t enough, Camryn and her Welsh fan page are holding a competition for you lucky lot. For your chance to win one of two t-shirts (and some other things up our sleeves), then check out our competition we have posted on here already on WICID and be sure to follow both @CamrynWales and @Camrynrocks on Twitter, give Camryn a like on Facebook, add Camryn Wales as a friend and get involved in expanding Camryn’s fan base worldwide.

Lovesick is available on iTunes NOW.