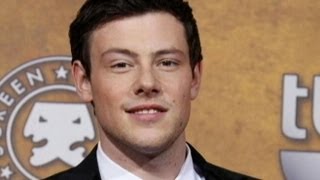 First of all, I can’t believe I’m writing this article. If you had told me a year ago I would be doing this, I wouldn’t have believed you. If you had told me a week ago or even four days ago, I still wouldn’t have believed you. The news of Cory’s passing is such a tragic shock. It was so unexpected and so unpredictable and I think that’s why it’s had such a tragic effect. The news really shook me to the core and made me realise that every moment of life is precious, because it’s true; you never know when it’s going to be taken away from you.

Cory Monteith, the 31-year-old Canadian actor who played the awkward, relatable and lovable Finn Hudson on the hit FOX show ‘Glee’, was found dead in his hotel room in Vancouver just after noon on Saturday 13th July, after he reportedly failed to check out. Although the cause of his death was not immediately apparent, police ruled out ‘foul play’ and it seems that Monteith was alone when he died.

When everyone awoke on Saturday morning to the heartbreaking news, the world seemed to unite in sympathy, especially for his loved ones. The cause of Monteith’s death was a lethal mixture of heroin and alcohol.

A few of Cory’s castmates have released touching statements about the sudden passing. His co-star, Naya Rivera, who had been silent over Twitter this weekend, released her statement yesterday, asking for privacy during this hard time and sending her love to those closest to him, including his girlfriend and her co-star, Lea Michele:

“The entire Glee family and I are deeply saddened by this tragedy. Cory was and always will be a part of my own family and a good friend. He was a special part of this world and will forever be missed. My heart goes out to Cory’s family and Lea and while we are grateful for everyone’s well wishes, privacy during this time of grief is greatly appreciated.”

Through this tough period, all my thoughts, condolences and love go out to Cory’s loved ones – his family, his friends, his castmates and his fans. It’s true to say that during Cory’s time on Earth he truly inspired and touched the hearts of thousands. He was one man with a big heart, who had a big impact on many lives. He was a big inspiration to me personally, and to many others. He changed and saved our lives, but unfortunately we couldn’t return the favour.

One thing is for certain: Cory Monteith has left his mark on this Earth, his death causing an outburst of support and unity between fans and celebrities alike, and his life inspiring others to be strong and remain true to themselves through it all. He had a heart of gold, but unfortunately there were demons eating his soul.

Cory was and always will be a true hero, no longer with us but never forgotten. He will be loved, treasured and remembered forever and always in the hearts of the people he loved. I’m sure he’s looking down on them all with his big crooked half smile and dimples.

To me personally, and to many others, Cory Monteith died a hero, despite the autopsy results. RIP Cory Monteith, you will live on in our hearts, faithfully.

‘Keep holding on Gleeks ’cause we’ll make it through! Don’t stop believing!’ is his lifelong message.