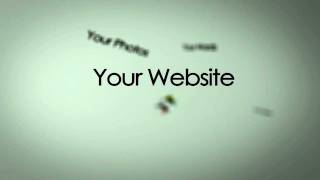 I would like to do one thing before I start, and that is to thank you for sticking with me for the past year. That’s right, this is my year anniversary (or whatever you call it) of my Dear World articles. I thank you, and apologise for the next year of pointless text that I create that could grace your screen.

Anyway, on to the main topic.

To celebrate this sudden occurrence, I would like to put the spotlight firmly on you, in a game that I’m going to call “Critique Fanatique”.

Look at me, using French. How anti-racist of me.

Why am I going to make everything awkward and make you get involved with this little shindig of mine? Well, as you might have guessed, I rather like being criticised.

Well, not all the time. I don’t mean in the “your hair looks like a mutilated hedgehog” or “that shirt looks like Justin Bieber, only if his head was shot off by a lawnmower” kind of way.

No, I like to have feedback for the stuff I do. And I do a lot of stuff. Including lying. Anyway.

If you didn’t know, one third of my field of interests is design, mainly in the sub-fields of web design and graphics.

And this is where I need your assistance.

In my university course, I’m learning the basics of editing packages that are somewhat considered the industry standard, such as Photoshop and that.

In my second year, otherwise known as this year, I’ve been learning the joys of After Effects, a digital motion graphics and compositing software package published by Adobe Systems (thanks Wikipedia). To put it simply, it’s kind of like Photoshop for video. And with that mini-intro to After Effects, I was sold.

Though, I have had next to no feedback on my creations (apart from the videos that I’ve created with Stormer007, where I made the intro and the outro for each video in After Effects). And this is where you come in, whoever you may be.

This weekend, I have created two things that could theoretically be an introduction to a video. I would be eternally grateful if the kind people at Wicid (or, if it is worthy, Clic) to furnish me with a critique of my motion graphics.

Both of them are under five seconds long, so they are ideal for those on the move who needs a small injection of moving graphics as they are on the long train from Bridgend to Bangor.

But, where are these videos, I hear you cry. Well, the first one is at the top of this article.

Yes, it is embedded at the top of this thing. It is an idea that I thought that could possibly replace the currant intro to the videos on Wicid’s YouTube channel. The words were fiendishly stolen from the flash area on the home page of Wicid.

In this one, I experimented with a plug-in that helped me get the camera to work as it does, with a little thing that makes the camera wiggle a bit. I added a basic colour change for the background and all the shebang.

The second thing, which lasts for a groundbreaking two seconds of pure (possible) epicness, is something that I’ve never tried before. I followed a tutorial that was on a website called Video Copilot, and this was the result. The video can be seen here > http://youtu.be/j1uz_IPAj8U

And that, as one of the non-playable characters from Final Fantasy X says, is that. I know that they are not of epic standards. All I ask is that you’d be honest and thorough with your criticism.