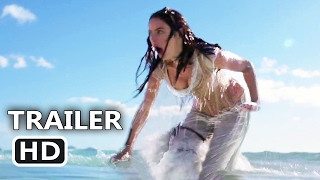 Although this film is a 12a, I would avise those under the age 0f 10 not to watch it because there are a few very scary characters and scenes.

I don’t want to spoil the plot so I won’t give too much away, but most of the film is about Jack Sparrow (Johnny Depp) getting chased by dead Spanish pirate hunters. They were like zombies, most of them were missing half of their bodies. Salazar was the leader of these Spaniards and he was chasing Jack Sparrow for revenge. This film was funny from the start and my dad and I couldn’t stop laughing all the way through. I loved it because I like pirates and think they are interesting.

Jack Sparrow is also very witty and this adds to his character greatly. One of the main characters was a very intelligent woman and I liked this because it challenges the normal stereotype of main women characters in most Disney films (pretty and not very smart). This film’s plotline was full of twists and turns which made it very interesting. I also liked that this film carried on from the old ones, this was pleasing for old Pirates of the Caribbean fans. A special Person from Liverpool Plays Jacks Uncle Jack. He gives Jack funny advice.

Overall, I really liked this film and thought it was very funny, but scary for younger viewers. Let me know what you thought in the comments!