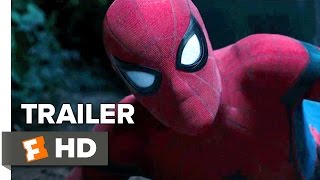 Spider-Man: Homecoming is the Spider-Man we’ve been waiting over a decade for. Tom Holland’s amazing acting puts him in contention as the best Spider-Man yet. I think that this is a very fun movie and surprisingly hilarious – Marvel really nailed the humour in this one. It is a great introduction for Spider-Man into the MCU.

Tom Holland is perfect for the role and is the best Spider Man actor there has ever been. You just want to see more and more of his Peter Parker. Peter Parker is done brilliantly this time and it feels so realistic. A large part of the story was Peter trying to merge his two identities: Spider-Man and Peter Parker. I think that the actual Spider Man part of him was done better in previous versions but this is the best version of Peter Parker. You never forget that it’s Peter in the suit throughout, even in the big action scenes. Also, he is not suddenly an amazing ninja in this movie. He builds up his skills and even towards the end isn’t brilliant at combat and that makes him seem more vulnerable and makes the character more believable. I did enjoy the parts when Tony Stark is in the movie and Peter is constantly trying to impress him. Iron Man always seemed to have a higher status than Spider-Man and it was impressive how well they dealt him as a Father figure. The romantic side of the story is done very well and is quite realistic. Being Spider-Man gets in the way of Peter’s love life and this makes for quite sad scenes. Peter hates Peter Parker but loves being Spider-Man and the conflict between these identities is a prominent aspect of the film.  The villain in this movie, The Vulture, had a good motive and could be scary at times.

It is quite a long movie but it is worth going to see it. It is the best Spider-Man movie in my opinion (just beating Spider Man 2) and it feels new and fresh. There was a risk that it may feel the same as past movies, but it is something completely new. This movie has made me even more excited for upcoming Marvel movies.