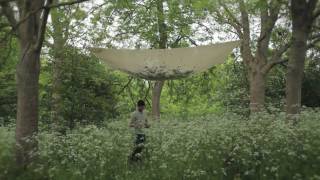 Couple of weeks ago, an opportunity popped up in CLIC that I really liked the look of, that was interviewing the welsh music band ‘Friends electric’!

So me and Owen Chant came up with some questions and emailed them straight over. Not long ago we had a reply this was…

Hi Liam and Owen, here are the answers to the questions you asked Friends Electric!

1. What are each of your names?

Various parts of South Wales. Dean and Dan grew up next door to each other in Britton Ferry. Matt grew up in Skewen and I grew up in a place called Cwmafan.

3. How did you get into the music Business?

To be honest, I don’t know. We started playing music together and almost just fell in to it. I have no idea how we got to where we are now, though.

Friends Electric, probably only about 4 years ago.

5. What was it that got you interested in music?

We’ve all been listening to music since a really early age. Dan grew up listening to the same James Brown and Queen tape, over and over. I have Prince to thank for my interest, though.

It’s a lot of fun. Especially the video we shot for the next single, Fireworks. It was our first brush with acting, we’re not naturals, I’ll be honest.

7. Who inspired you all to become singers/performers?

8. Do you dedicate any of your music to anybody?

10. What instruments do you play (also)?

Dan and Dean grew up next door to each other. The rest of us met at school.

12. Are you doing any tours at the moment?

We’re doing the festival thing at the moment. But, we will be touring in autumn. Festivals: Isle Of Wight, Wakestock and more..

15. Who supported you in your younger years? No one, apart from our parents.

16. Do you have any main competitors?

Apart from The Sith, no. I guess they are more like enemies though, unless they recently formed a band.

17. Do you have any advice to any wicid people reading this that would like to be singers/performers when they leave school?

Spend money on being able to record your own music. If you can be totally self sufficient and not have to rely on anyone else you’ll learn a lot more, a lot quicker.

18. (Just a personal one) Are you a PC or Mac? (please answer individually)

So there are your answers to the questions we could think of!

So that’s Peter Piper (who is now Peter Elliott) and Owen Chant, OUT!! 🙂