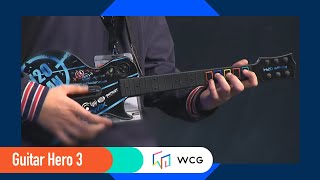 This is a response to an article written by rexus, called Gaming – A Bad Influence?

These are just my opinions and all that jazz, but anyway.

In that article by rexus, there is a part of the article I got confused by:

“My opinion on this is in a game you’d do something you wouldn’t normally do, you don’t need to stop and think about what you’re doing. That’s why they’re bad: they cause people to do things they won’t normally do.”

I can’t see how that comment makes sense. Just ’cause you’d do something in-game you wouldn’t do in real life doesn’t mean that you will do the thing.

I mean, take a game that the majority of us will (at least have) heard of: Grand Theft Auto.

Granted, it is not the most violent game in the world, but I shall continue anyway.

Look at the many different things you can do in the newest version of the game, GTAIV (or GTA4, depending on your views and opinions on Roman Numerals). You can steal numerous vehicles, pay a prostitute for sex, get drunk, kill, and other things.

I’ve been playing the GTA series since Vice City came out, and at no point playing these games have I considered stealing a Mercedes and driving down town to do drive-by shootings, and I believe that is the same for many a person who plays games such as GTA.

I’m not sure about you, dearest reader, but there should be an unwritten rule before you play any game. The rule? Only play games in which you know aren’t real.

Yes, it sounds bizarre, but many people do think the games they play on their console of choice are real. To be fair, games such as the Final Fantasy and Fallout series are obviously fantasy, maybe the rule is more to do with more realistic game genres.

I’ll be honest, I haven’t played any violent games, as they aren’t my cup of tea.

But, if you were to take a realistic game, and you realise that it is just a game, you should be fine. But if you put that game into the console thinking that it’s real, then that’s when the problem begins.

There is a thing though, with modern life, that we must look at the bad in everything. I mean, look at the positives in gaming.

They’ve influenced me to learn to play the guitar, bass guitar and drums, and I am not the only one. Yeah, I didn’t learn how to play bass or guitar from these games, but I did get some sort of co-ordination of playing the drums (i.e. getting used to playing drums, though it was basic stuff).

So yeah, there are worse things that influence our generation than gaming. It’s just a game. If you realise that, then you should be fine.

Check our info page on psychosis