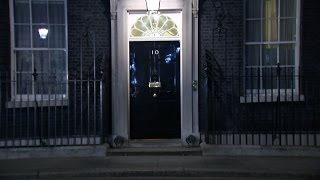 It took the nation by utter surprise and many said Theresa May would never do it, but she did. On Tuesday, the news swiftly came onto our screens, interrupting normal Morning schedules to cross straight over to Number 10 Downing Street to make an important announcement.

There will be a snap election held on the 8th June. Here are the latest updates:

On Wednesday, Theresa May and Jeremy Corbyn went head to head in a debate in the House of Commons, questioning each other and putting forward their key battle grounds for the forthcoming weeks. In addition, both leaders have started their fight for Number 10; with just 7 weeks to go until the election, work is well under way.The key quotes and messages of the parties have already come through; with Theresa May outlining the Conservatives are the only party to make a “Stronger Britain”, whist Jeremy Corbyn says Labour are the party who are “Standing up for you”.

Many have welcomed the decision but some are already fed up of hearing about the election. So did Theresa May make the right decision? Well the polls have suggested that her party is well in the lead compared to Labour, and some have argued that she called for an early election as she was not elected into power therefore she wanted to give people the option of electing who they want to lead the country forward and take the country out of the European Union. Others have said that she is playing with politics by calling this election and she is doing it to show her popularity.

In Wales, the First Minister Carwyn Jones was quick to react to the news, calling it “odd”. Plaid Cymru’s Leanne Wood spoke to ITV Cymru Wales’ reporter Rob Osbourne and said she won’t rule out standing against Labour in the Rhondda, with that same view being echoed by UKIP’s Neil Hamilton. Cynon Valley Labour MP Ann Clwyd was among 13 to appose the decision by Theresa May. Of course the local elections are taking place in May, just a month before the big election, so Brits will have to go to the polls not one, but twice, which is annoying some.

Indeed the main topic of this election will lead with BREXIT – no that’s right, we haven’t heard the last of Brexit yet!

So the campaigns are well under way and now it is over to you, you decide who you want to govern the country and provide the best for you. If you haven’t already – here’s the link to register to vote https://www.gov.uk/register-to-vote

I will be assessing the developments in this adapting political climate over the forthcoming weeks. Keep an eye out on @wicid and on my Twitter handle @BradersW99 to follow any breaking news.