Home » News » Education, Employment & Training » Get Ready for the Muppets ! 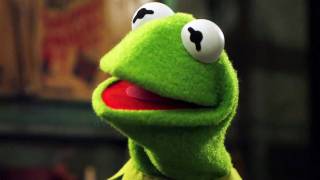 This February the World’s Favourite Muppets Bounce back onto the big screen in their own live action movie. The Film Stars the Muppet Legends Kermit the Frog , Miss Piggy, Fozzy Bear , Beaker and Professor Honeydew , In the film, Walter (Peter Linz), the world’s biggest Muppet fan, and his brother Gary (Jason Segel) and Gary’s girlfriend Mary (Amy Adams) must raise $10 million to save the Muppet Theatre from Tex Richman (Chris Cooper), a businessman who plans to demolish the Muppet Theatre to drill for oil. The Film is Directed by James Bobin star of Hit Show Ali G . The Muppets is a really fun adventure for all the family there is fun dancing laughter and Kermit and Miss Piggy’s Love . On Cameo for the Film is Stars like Jack Black , Willie Nelson , Alan Arkin , Emily Blunt , James Carville , Bill Cobbs , Fiest , Zach Galifiankis , Donald Glover , Whoopi Goldberg , Selena Gomez , Neil Patrick Harris , Ken Jeong , Rico Rodriguez . The Muppets will be released in 3D and IMAX theatres February 10th 2012.

Like the Muppets? Here’s a link for the fan site: http://www.muppetcentral.com/

We're so excited and honoured to have @childcomwales joining us on YEPS TV on 24/04. We'll be discussing so many important things such as the vote @ 16 campaign as well as the importance of young people voting. Please tune in, 6pm Wednesday evening on our FB page (@YEPSRCT) pic.twitter.com/R6MooPJSlT