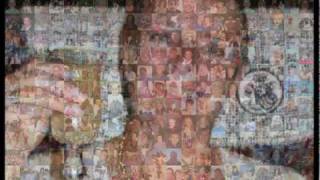 The night Sarah Phillips’ mother passed away, Sarah recorded a cover of Autumn by Paolo Nutini for her mothers’ funeral on her mobile. Later she put it with clips of her family, put a backing track on and uploaded her homemade video into YouTube, which on the first night got 400 hits. As word spread about Sarah’s cover of Autumn, she ended up with 20,000 hits and still getting many more. Paolo’s manager even got in touch with Sarah and told her how Paolo was touched by this and even has the link for Sarah’s charity “The Debbie Phillips Cervical Cancer Research Fund” on his website.

She is now releasing a four track CD with the new single “Say It’s Possible”. We want to get this to Christmas number one because the money will go towards the charity and raise money for cancer research.

There is a Facebook campaign to get Sarah’s single “Say It Now” to christmas number one 2010. You can help her by joining the campaign on Facebook and buying her tracks on iTunes or Amazon (or in stores) on December 6 2010. This will help raise money for the Cancer Research Fund. Please help. Thank you

Here’s the link to the Facebook Campaign, while these are the links to buy the single from iTunes and Amazon.