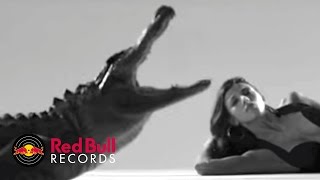 On Wednesday 23 April, Beartooth supported Of Mice & Men at The Great Hall in Cardiff.

The modern metalcore band are only now starting to kick off, but with the quality of music and stage presence they delivered, no one would know otherwise.

From Columbus, Ohio, lead singer Caleb Shomo put together an epic five-piece band from his Midwest crew. These include:

Throughout their performance they executed their songs with raw emotion and energetic personalities. This gave the gig an electrifying start, getting the crowd moving and gripping the attention of everyone. I think it’s safe to say that I have never been so excited at the start of a gig than I was at this one.

Their setlist included the songs on their EP, SICK, such as ‘Pick Your Poison’, ‘I Have A Problem’, ‘Go Be The Voice’, and ‘Set Me On Fire’. They also played their others songs ‘Never Back Down’ and ‘Everything Stands In My Way’.

‘Pick Your Poison’ was one of my favourite. It clearly conveyed their sound and attitude, giving the audience more thrill. ‘I Have A Problem’ also stood out as it was catchy but delivered that heavy feel. It was the last song they played but it definitely finished their set commendably.

‘This new EP represents Caleb Shomo’s heart committed to record, in a way that’s raw, naked, honest and exceptionally relatable. That emotional catharsis, playing itself out via heavy music, is as much an escape for the multitalented frontman as it is for those who consume it.’* I don’t think I could describe it better myself, it’s exactly how they came across on stage.

At one point the guitarists made their way out by crowd-surfing mid-song. Everyone reached out to help them stay up which shows how they connected with the audience, despite the fact they are a relatively new band. Their personalities came across as full-on, which is never a bad thing at a metal concert.

Screaming, sweating and worked up, Beartooth left the crowd wanting more. I definitely would recommend going to see these guys if you’re into metal and metalcore. Even if you’re not, you’d probably have a great time!

They have a music video out for their song ‘Go Be The Voice’ so check it out!

If you were at the gig, or you know and like Beartooth, they have a bunch of wicked merch you could check out on their website. The t-shirts look great, I know I’m definitely getting one.