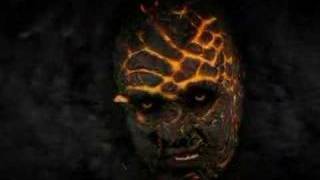 “Trick or treat?!” Once again its time to bring out your scary outfits and carve out a jack-o’-lantern to scare the neighborhood! Some of you however may be thinking, why do we do it?

Well this annual holiday on October 31st can be tracked back to the Celts over 2000 years ago where they celebrated the harvest festival called ‘Samhain’. The Celts considered this the end of the year and followed with rituals that would influence different cultures for centuries. The Celts general belief was that it was a time of year when the living and the dead were spiritually at their closest. The Celts believed a Lord of death named ‘Samhain’ would haunt the earth for one night releasing ghouls and demons. The Celts disguised themselves with scary masks and outfits to fool the evil spirits into thinking they were there own kind. Huge bonfires were lit in order to help scare the dead away from the living.

This holiday merged with with the Christian Romans’ ‘All Saints Day’ on November the 1st. This is a day to honor all the saints in heaven. ‘All Saints Day’ was also known as ‘Hallowmass’ and can also be translated to ‘mass of the saints’. The word then changed over the centuries to ‘Halloween’.

‘Trick or treating’ originally came from the Irish Celts when beggars dressed in scary clothing and would knock on doors asking for ‘soul cakes’ made from square pieces of bread with currants. In exchange the beggars would say a prayer for the neighbors in order to help their dead relatives pass from limbo into heaven. If however the treats were not given they would play practical tricks on their neighbors in line with the traditions of the holiday, so treating them was a form of bribery!

As centuries went by these harmless tricks evolved into outright vandalism and the perpetrators identities kept anonymous behind the masks. The act of using treats as bribes to stop vandalism or practical jokes is now simply the greeting sentence as the kids go from door to door!

Be safe over the holiday weekend, see this site for more details…

Have a happy Halloween!!

If you’d like to read some spooky stories, check out some WICID creative writing from the Vampire Timelord….