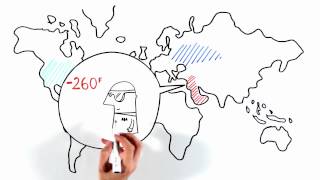 The greatest source of concern at the moment is the potential effects of global warming. The increase in global temperatures will risk sea levels rising due to a reduction of ice cover in the polar regions. The rise of sea levels can make many parts of the planet uninhabitable, particularly low lying areas, which are densely populated.

Also, Climate Change is contributing to many extreme weather events such as floods, droughts, hurricanes and heat waves, which are thought to be more common in the UK with snow already becoming less frequent. This can result in diseases. that were once confined to warmer climates, spreading further north and wildlife migrating or declining and becoming extinct.

Forests are the green lungs of the planet and if we continue the rapid activity of deforestation, then we will all suffocate. But forests have a more wider function that reduces CO2 in our atmosphere and many tropical forests, which are rapidly decreasing, have cures to a variety of diseases that cannot be treated with conventional medicine and hold 2/3’s of the earth’s living species.

We are also running out of supplies such as fossil fuels and other materials which help our stabilise our economies. But there are alternatives that we are slowly moving towards; however, we need to move a lot quicker since our rate of consumption of these materials cannot continue indefinitely.

Even though the UK gets quite a bit of rainfall, we are still facing severe water shortages which are continuing to upset all local economies right across our nation. So we need everyone to reduce their water consumption.

Right now, our great nation faces the biggest energy deficit in over 4 decades. Many energy companies are increasing their energy prices, thus increasing the number of households in fuel poverty.

Also, we have recently seen the effects of climate change right across the country – droughts in England, severe floods across the UK, heavy gales etc… Effects that are costing our economy billions of pounds every year – money which can be easily used to repay our National Debt and get us out of this Great Recession.
But unfortunately, the people of Britain are not taking enough action into their own hands. We are relying too much on Government involvement such as the Green Deal, when really we should encourage individual effort and self-reliance within our communities.

So I say that it’s time that we take action into our own hands to help our nation get a balance back into its energy sector. Otherwise, let us bring on another crisis similar but more severe than the 1973-74 oil crisis – a crisis that will bring more misery, more unemployment and much more higher energy bills.

It is important that Britain influences the world once more into taking action – action against Climate Change.

So here is my vision for the UK.

A Typical House
Overall, households within the UK contribute 25% to our national Carbon emissions. But the Government has set targets that we must meet in order to survive against the threats of Climate Change. So how are we to approach that? But of course, we all need to give our homes an energy, water and thermal efficient makeover.

My vision is that every house whether rich or poor must have:

Loft Insulation – Traditional Wool Insulation but with multi-layered foil insulation on the sides of the roof as an additional measure. And all loft hatches must be insulated with wool insulation and they must be draught-proofed around the edges. According to the Carbon Trust, if everyone in the UK installed loft insulation, we would save £500 million and approximately 2.7 million tonnes of CO2 (equiv. 100,000 cars taken off the road).

External/Internal/Cavity Wall Insulation – If everyone in the UK installed wall insulation, we would reduce our CO2 emissions by 9 million tonnes (equiv. enough to fill 51 million double decker buses).

Double Glazing (or Secondary Glazing if the building is listed) – draught proof the entire window system such as the frames, single glazed film etc. also fill any gaps around the window(s).

Doors – Draught proof the doors – around the frame, letterbox and keyhole.

Switch the Lights (From Incandescent to CFL/LED) – save 80% energy and money on lighting bills. (If everyone switched their bulbs to CFLs, the UK would save enough energy to power the nations street lighting system for a whole year).

Central Heating System Upgrading – Install an A rated condensing boiler (if everyone in the UK did this, we would cut CO2 emissions by 18.6 million tonnes – save enough energy to power 4 million homes), Pipe Insulation to keep the water warmer for longer and prevent frost building up in the pipes in the winter, Radiator Reflectors to reflect 95% heat back into the house and lastly thermostat controls on the radiators.

Water efficiency in the Bathroom – Install low flow taps by installing a tap aerator, which reduces water usage by 50% and you won’t notice the difference. Install a HIPPO Bag saver in the toilet cistern to reduce water usage by 9 litres or simply replace your old toilet with a dual flush cistern. For the shower, install a mixer shower with a flow regulator connecting the hose with the controls and install a water saving shower head. Lastly, if you must have a bath, install a low water capacity bath.

Energy Efficient Appliances – All electrical appliances must be A rated in terms of energy efficiency. Regarding a TV, every household must have a TV Power-down connecting the system to the mains in order to save 95% energy when not in use. The same must go for a Desktop.

Alternative Energy – In order to help us secure our energy security, we must all contribute in some shape or form. By installing solar panels on our homes or micro wind turbines – to which ever is more suitable to the surroundings.

Community Involvement
I feel that every community whether large or small, must contribute in some shape or form to the world.

Whether it is planting a forest or creating a renewable community power station. I want to see communities coming together to work towards something that will really benefit them and the country in a long run.

So lets start taking action such as switching all our lightbulbs to CFL’s which you can get at your local pound shop or corner shop – if we all did this across the UK, we would save enough energy to power the country’s street lighting system for a whole year.

1 thought on “How To Solve An Energy Crisis”