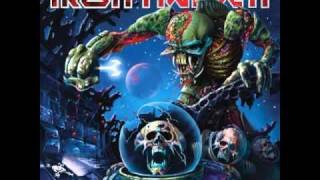 Hello, I am going to review the 2010 Iron Maiden album, The Final Frontier.

There’s a nice blend of heavy metal, and sort of softer parts, such as at the beginning of most songs, which start softly, then either lurch into heavy or make a smooth transition.

They combine topics such as space travel, war and nuclear armageddon so awesomely that it makes you want to run and hide. They even talk about history in one song, but not in a boring way.

They talk of gods and King Arthur’s resting place in The Isle Of Avalon.

The songs and my feelings on them:

The Final Frontier – So awesome. You think he really is lost in space.
El Dorado – Pretty heavy.
Mother Of Mercy – So very true, war is hell.
Coming Home – Very touching.
Starblind – A bit too heavy for me.
The Isle Of Avalon – Actually pretty scary.
The Alchemist – A very complex story there.
The Talisman – Also a complex tale.
The Man Who Would Be King – Love the song but don’t actually get the story.
And finally
When The Wild Wind Blows – If I had a favourite song, this would be it. It tells the tale of an elderly couple, who hear there could be war, so they build a shelter and live in it. The day comes when they mistake an earthquake for the nuclear blast and kill themselves. The tune perfectly matches the words and story.

This album is epic, I recommend everyone listen to it. Comment on this article please.

No spam.
No solicitors.
No salespeople.