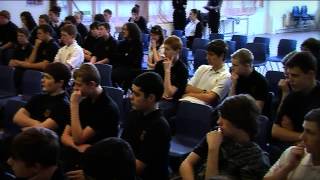 The month of April focuses on Sexual Assault Awareness in all communities – SAAM, in 2013, focuses mainly on sexuality and child sexual abuse prevention.

Last year, the NSPCC recorded that many young people – as well as young adults – have experienced some sort of sexual abuse:

For other forms of sexual abuse (attempted penetrative/oral acts, touching, voyeurism/pornography and exposure) brothers were also the most frequently cited perpetrator.

For the children who experienced sexual abuse outside of the family, the most common perpetrator was a boyfriend or girlfriend.

Very few children (less than 1%) experienced abuse by professionals in a position of trust, for example a teacher, religious leader or care/social worker.

You can find more statistics, information, campaigns and support on the Home Office website.

Are you aware Wicid.tv is CEOP certified – CEOP is a police scheme which allows users of websites to report abuse confidentially online. Just click on the CEOP logo in the bottom-right hand corner of the screen.

If you have any issues or you know someone who needs support and advice, you can contact MEIC for support 24 hours, 7 days a week confidentially.

For more information you can contact the Child Protection Officer in Rhondda Cynon Taff on 01443 744000.