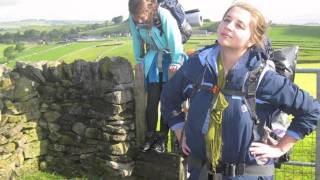 Sunday 27th May at the RCT Scouts AGM and Presentation evening, James was presented with his Queen’s Scout Award by Roy Noble, Deputy Lord Lieutenant of Mid Glamorgan. This incredible achievement was one of a number he was awarded during the evening.
James was also presented with a large silver cup, the Centenary Cup, as this year’s most outstanding contributor to the Scouting movement in his district (RCT), also his Wood Badge for completing all his Scout Training, and he was also recognised by Cllr Craig Middle, RCT Scouts District Commissioner, for achieving his Gold Duke of Edinburgh’s Award.

James had also completed his Bronze and Silver DofE Awards whilst attending St John the Baptist High School, Aberdare, and he is now Scout Leader of the Cynon Explorer Scouts, based in Hirwaun, and also their DofE Group Leader with responsibility for those undertaking the DofE at Bronze, Silver and Gold levels.

Now studying Law at the University of Glamorgan, James will be moving to London later this year to further his chosen career.

We wish him all the very best, and know that he will continue to achieve at a high level. Well done, James!!

“My adventure through the Duke of Edinburgh’s Award has been a challenging but very rewarding one. It has allowed me to develop my communication skills, problem solving skills and team working skills (all very desirable by employers) while helping my community.
Scouting and the DofE was one of the main talking points when I attended my university interview and I believe that it played a big part in me being offered my place.
I feel I have gained so much from being a Gold Duke of Edinburgh Award Holder and a Queen’s Scout Award Holder, and I feel like I should be encouraging others to do the same, hence why I am now running the Explorer Scout Unit (scouts for 14-18 year olds) and have set up the DofE scheme within our Unit – we currently have all three Sections of the DofE running, and it has attracted a lot of attention as Employers and universities can see the great benefits from taking on DofE Award Holders “