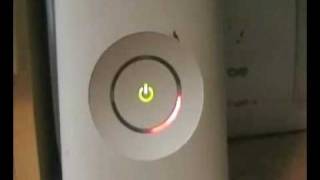 Well, I suppose the story behind it is that the Xbox 360 has always had hardware problems, and to everyone who has owned one frustrations, the only way to repair it is to send it away in a box to some factory in Germany and basically have it replaced. At the time, I thought my xbox was invulnerable, having been kick, chipped and so on, until the Red Ring of Death stuck it down. I was a bit annoyed with it at the time but not devastated, I was still very unhappy. However we came up with the idea of making a video about the situation, literally there and then. It wasn’t made to make a statement or do any other business [Like breach Copyright] it was just for shear enjoyment and entertainment, the video was created to go straight onto YouTube.

The Video was made ages ago though, can’t remember the exact date. We literally filmed for about half an hour, and finished editing it in about 2 hours. The quality isn’t great and the camera work isn’t the best but we were happy with what looked like when it came out.