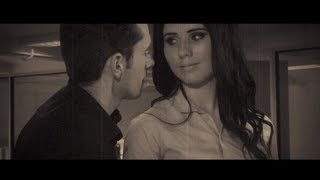 For everyone out there, there’s a specific band you’ll fall in love with. Whether you’ve already found them or are still on the prowl for your ‘love at first listen’, Last Vendetta are certainly worth tuning into.

Heavier than pop-punk and catchier than rock, their influences include Foo Fighters, Twin Atlantic, Blink 182, Biffy Clyro and Don Broco.

Let’s face it, a band having influences that awesome must produce some ace stuff, right?

Well it can’t be far from the truth seeing as their debut album, Poetry and Adultery, is being released by Sonic Forge Records this summer.

Currently originating from Cardiff, this hot local four piece band are on fire with band members:

Just as at home on a playlist with Foo Fighters and Funeral For a Friend, Last Vendetta are a band of opposites; tugging on your heartstrings and heavy and raw at times but always catchy and melodic.

They effortlessly capture a nostalgic early noughties sound infused with something visceral and fresh, their video for ‘To Be Continued’ is up right now, check it out and keep an eye on these Welsh rockers because big things are coming this year.

If you want a life experience of the band, to make sure you like them live as much as you do their recorded stuff, come along to their launch gig at Bogiez, Cardiff on Thursday 9th of May.

You don’t want to miss out, so check out their Facebook page and give it a like:

If you love them as much as I know you will, and want to organise a gig, feel free to contact: