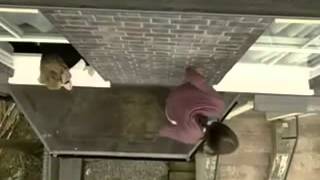 Do you like Eastenders? I do. I miss Bradley and Stacey, to be honest. But we’re not here to discuss their sad love story. Instead, we (or me at least) are going to discuss Lauren Branning.

If you don’t know who she is, Lauren is the eldest daughter of Max and Tanya Branning and big sister to Abi and Oscar. If you’re following the latest episodes of Eastenders, you’ll know that Lauren has a binge drinking problem. Her problem has gone so far that she was rushed to hospital after her liver being damaged. Alcoholism is such an important issue, and one which affects many people’s lives at an increasingly young age.

Lauren’s storyline isn’t just for entertainment. It’s based on real-life issues that occur every day and ones that you need to be thinking about yourself.
“When I was first told about Lauren’s storyline, I was really excited – but also wanted to do it justice as it is an important issue that many people face. I really didn’t want to let anyone down,” says Jaqueline Jossa, the actress who plays Lauren in the soap. “The writers did a huge amount of research and I was given a lot of information about the issue. I also watched documentaries to get a greater understanding of the problems people faced. I looked at how other actors portrayed being drunk to see what I could learn. The in-depth research EastEnders did with the charities really helped, as did the fact that I have such great people to work with.”

The liver is a very crucial – yet underappreciated – organ in the human body than the liver. Although we may recognize the role that the liver plays, a lot of us don’t fully understand its many functions or vulnerabilities, particularly with regard to alcohol. And yet the alcohol-liver connection is critical, as more than 2 million Americans suffer from liver disease caused by alcohol.

Andrew Langford, from The British Liver Trust, who worked with Eastenders on producing Lauren’s storyline, says: “Unfortunately, liver disease can be a ‘silent killer’, because often there are no signs or symptoms until the liver is severely diseased. Signs to look out for are abdominal pains, especially below the ribs on the right hand side, darker urine, floating fatty poo and any ‘jaundice’ (yellowing of the skin or eye-balls). For some there maybe changes in mood, memory loss or a general ‘fogginess’ in their thoughts.”

“Having this storyline on a major British soap allows us to get a message across to millions – I hope teenagers themselves take notice and reflect on their own drinking habits. I think there will be a huge reaction from parents of teenagers who recognise some of Lauren’s drinking habits from their own children. With either group, I hope it will result in action.”

The liver is essential to our health as it performs more than 500 different functions. Its primary role is to filter all the blood in our bodies by breaking down and eliminating toxins and storing excess blood sugar. It also produces enzymes that break down fats, manufactures proteins that regulate blood clotting, and stores a number of essential vitamins and minerals. All told, the liver keeps us alive by enabling us to digest food, absorb nutrients, control infections, and get rid of toxic substances in our bodies.

Even if you don’t drink alcohol every day, you could be a binge drinker if you regularly drink:

– More than the daily unit guidelines in a single session

If you find it hard to stop drinking once you have started, you could also have a problem with binge drinking and possibly have alcohol dependence.

Alcohol is a factor in:

Binge drinking is most common among 16–24-year-olds, and is more common among men than women. If you begin binge drinking at a young age, it can become a habit. Studies have shown that those who drink a lot in their teens and early 20’s are up to twice as likely as light drinkers to be binge drinking 25 years later.

It’s important that if you know someone who is binge drinking that you make them aware of what they are doing and the consequences. Be a good person and try and get them help.

“If Lauren was my friend I would have tried to have been there for her, calm her down, told her mum and dad that something is not right and that she needed help. There were clear signs a long time ago, yet not only did Lauren often cover up what she was doing, other people just stayed back and let her go about her business, getting worse and worse.” Says Jaqueline Jossa.

Here are some links you may find useful:

And don’t forget to check the info section and other articles here on Wicid.