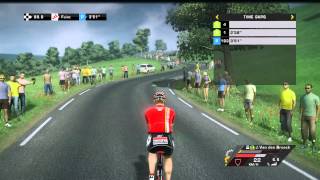 I was fortunate enough to be offered to review Le Tour de France: 2015 for PS4 thanks to the guys over at Koch Media and Wicid.

Overall, it’s a good game. The graphics are amazing but it does get a little repetitive after a while due to the nature of the cycling races and themes.

I think it would be really beneficial if the developers of the game (Cyanide Studio) added a first person mode. Third person is understandable so you can see the up coming turns and who might cut you up, but first person should be an option to allow the player to feel like they are taking part in a race through the rider’s eyes.

The bikes are well designed but another thing that I would like to see is a garage where you can customise the bikes, like spray paint them and add stickers and basically make it your ‘own’ bike.

A split screen mode would also be pretty cool so you could play against (or alongside) your friends.

Other than that it is a very good game and I can’t stop playing it.

Info > Things To Do > Interests > Computers