Home » News » Your World » Light At The End Of The Track? 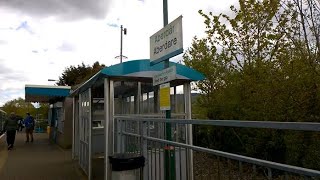 There is a possibility that the rail link between Aberdare and Hirwaun could be reopened.

Rail connectivity between Aberdare and Hirwaun is a “long-term vision” for the South Wales Metro Project, according to the Welsh Government Transport Minister Edwina Hart.

The Transport Minister spoke at the National Assembly informing the Chamber that her team is developing options for additional services to be added to the Aberdare line. This news was welcomed by the Cynon Valley AM Christine Chapman, who has pressed for progress updates.

This news has come following half a century of the line being abandoned, the last passenger train to cross the line was in 1964, 51 years ago.

Aberdare’s train station currently represents ‘the end of the line’ for passengers travelling from Cardiff to Aberdare, the line is the only line in the Cynon Valley connecting people from the valleys to the vibrant Capital.

Speaking after the exchange in the Senedd, Mrs Chapman added: “This is another step forward to reintroduction of passenger rail services between Aberdare and Hirwaun”.