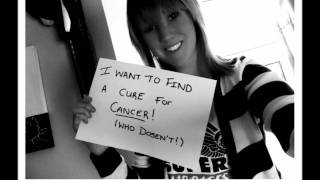 Love. Only a small word, but has a big meaning. A very big meaning. I believe that nobody should have to hide who they really are and they should be loved for that. I remembered a music video I saw once that really spoke to me. I decided I wanted to do something similar.

In the early hours one morning, while the world was fast asleep (okay, not all of the world) I was jotting down notes for this idea I had. I was so eager to do it, but a voice in my head was repeating “I don’t know why you’re bothering, it’ll never work. All your ideas fail, so just go back to sleep, yeah?” but I refused to listen.

The next day, I asked friends on Facebook if they wanted to participate in my little project. To my surprise, there were a lot of positive replies. People began sending me their photos straight away. Others saw this and began questioning what was going on and asking if they could be apart of the project, too. In my opinion, the more the merrier, so I let them take part. My friend, Portia, was really interested in the project and she helped me get the word out by posting the idea on websites such as Buzznet and the Post Secret Community and even created an email address for people to send in their photos and any questions or queries they had.

Soon, I had loads of people sending me photos and asking questions, so I also made a private Facebook Group to update people about the project, etc. I also posted on geturgoodon.org and Polyvore.com about the project as well as tweeting organisations such as Love is Louder and the NoH8 campaign asking them to retweet about the project I was doing. GetUrGoodon were impressed with the idea and posted my GUGO blog on their Facebook advertising. Since the charity is in partnership with one of my idols, Miley Cyrus, I was so thrilled and I felt honoured to have such a big charity from America to do something for me.

At first, I thought only people from Wales would participate but then I thought “Well, why just have people from Wales? Love is a worldwide thing, not just a Welsh thing.” I got in contact with some friends from England and America and asked people from my dad’s side of the family who live around the world.

Seeing the project come together really made me feel extremely proud for so many reasons. I was (and still am) extremely proud of each and every person involved to confess something, no matter how big or small it was. Some people have confessed things that others wouldn’t dream of. That’s one goal I hope to achieve with this video- to show everyone out there that they deserve to be loved, because everybody does.
People continued to send me photo until the deadline, 10th February. There were all sorts of confessions- some being something really simple and some that are really deep. I am immensely proud of everyone. I’m also proud of myself for this project to have actually succeeded. I honestly didn’t think it would get past getting five people involved, but it has and that’s an amazing feeling.
?
Participant Megan P said “It’s awesome. It raises awareness about problems that aren’t universally addressed, and provided some sort of therapy, in a way. It also shows the things some hope to achieve, showing that young people may have their issues, but they’re stronger than ever.”

I’d like to thank Geturgoodon.org for supporting the video, Portia McGrath for helping me a lot throughout the project and of course, everyone who participated!

I couldn’t have done it without any of you!

I hope you enjoy watching the video, feedback is appreciated. Also, please feel free to share this with anyone. Let everyone know that they are loved by someone.