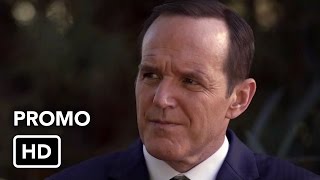 Hi, guys. Kr4ck3n here and I’m going to write about the return of Marvel’s Agents of S.H.I.E.L.D.

It came back on our TV screens on the 3rd of March and I must say it was an episode I had been looking forward to. It came back after its mid-season break and is now kicking off where they last left off. They are all in great distress as the death of a fellow S.H.I.E.L.D agent traumatises the team and with Hydra on the rise nothing can get worse, right?

Well, I’m not going to say anymore in case we have some viewers of the programme reading this. I’m merely writing this to inform most people of its return and I will be watching the rest of the season to watch how they can tie this into Avengers: Age of Ultron.

Well, over all, the 11th episode of the 2nd season was a blast and I would certainly try to convince anyone to go and watch the TV series from season 1 as it fills in key points in the Marvel universe and links events from the films Avengers and Captain America: Winter Soldier. So, if you are a Marvel fan I would suggest you watch the series.