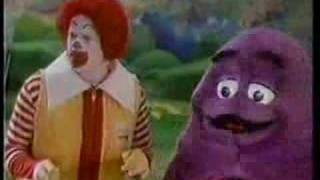 I’m guessing you’ve clicked this article due to finding the rumour going around facebook about McDonalds?

Well, as far as I know, it’s fake. Mcdonalds have tweeted that it is fake (see image) and it’s just some stupid rumour going around facebook, just like the Sylvester Stalone’s Death, except that one didn’t get around as much as this one.

If you clicked this because you thought “Hmm.. Peter Elliott has written an article. Let’s read!” Then thank you very much. If it’s “A McDonalds rumour?! What?!?” – Then, I also agree!

Anyway, if you haven’t seen it, apparently all McDonalds restaurants in the U.K have been banned by the government to sell any food items to any ‘CHILD’ under the age of 18.
This is due to the government looking for ways to tackle obesity in Britain.
Pfftt! What a load of rubbish!
McDonalds doesn’t make people fat! Eating loads and loads of food does!

Putting this age limit on means that someone can join the army and fight and risk their lives, but have to show ID to buy a burger! Because that makes perfect sense and it is a VERY sensible thing to do….

Now before you moan and groan, I don’t know for sure if this is true or not but to be honest, I’d believe McDonalds answer rather than posts/’photos’ that are going around facebook.

But in one restaurant in England they have actually banned serving to Under 18’s in tracksuits due to inappropriate behaviour and have made threats to staff at that particular McDonalds.

The only way I can think of confirming this as true or not is if you actually go to McDonalds and see a sign up saying this.

I don’t know about you but I HOPE this ISN’T true because I absolutely LOVE McDonalds!!!!