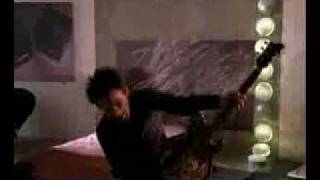 To be fair, it has been a good few years for Muse.

They have won Grammys, MTV awards, and they’ve sold out some of the biggest venues. Now, Muse have a new title they can be proud of.

In a poll conducted by Total Guitar magazine, readers voted the Devonshire trio’s “Plug In Baby”, the lead single from the album “Origins Of Symmetry” that catapulted Muse to stardom, as the best guitar riff of the naughties. The song beat competition from acts including The White Stripes and Queens Of The Stone Age.

Steven Lawson, the Total Guitar Editor, described guitarist Matt Bellamy as “a guitar hero for the 21st century”, commenting on the fact that the riff sounds much simpler than it actually is.

The top ten greatest riffs of the last decade, as voted by Total Guitar readers: