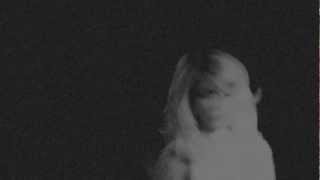 Sometimes, things can surprise you.

Sometimes, things can surprise you an awful lot. Take, for example, Monday morning. It’s the morning-after-the-night-before where you had previously decided to invest in – for a whopping 8 quid – the soundtrack to the Great Gatsby. More to hear Beyonce cover Amy Winehouse more than anything. And let’s just not mention Andre 3000, shall we.

You’ve purchased this fine album and it is, under all accounts, quite stunning. Bey and her slight mis-fire aside, the album has exceptional performances from The xx, Sia, Nero and some bird called Lana Del Rey. But you awaken Monday morning and realise that Little Boots’ new album is out and you bought Gatsby instead.

You’ve heard a good few things about Little Boots’ new album. She, despite winning the influential BBC ‘Sound Ofâ€¦2009’ poll – Lady GaGa came sixth that year, just saying – hasn’t been as successful as everybody thought she would be and has gone all ‘indie’ and ‘on her own’ releasing this new album under her own label (previous code for ‘No one wants me anymore but I still want to be a singer so what the hell’) and thus this album has been 4 years in the making.

On the spur of the moment, you buy said album expecting it to be a masterpiece. The Guardian gave it 4 stars so it must be good, they only gave Electra Heart by Marina and the Diamonds 2 stars, the loonies. You immediately regret this decision, 16 quid in two days! 16 QUID.

Just to calm everyone down, the new Little Boots album is well worth the price and you will no doubt purchase it. Whether now, or in a few years when it’s re-released by some major label seeking to re-ignite interest in a by-gone artist and her critically acclaimed flop of an album. But don’t let Little Boots’ future weigh you down too much.

‘Nocturnes’ is, both in name and in substance, an album dedicated to the night. Little Boots’ debut album, ‘Hands’, was dedicated somewhat to love but the singer seems to have gone a little, well, off kilter for its sequel.

No longer overseen by a mish-mash of ‘A List’ producers such as RedOne (GaGa, JLO, that horrible JLS song) and Greg Kurstin (Lily Allen and that amazing new P!nk album) ‘Nocturnes’ is overseen by Little Boots herself and opens with Motorway, an extraordinary, dazzling, hypnotic down-beat disco-infused track tinged with heartbreak and optimism.

It’s a bold opening for a new album. In it, Little Boots fantasises about driving away, away from life. And in ‘Nocturnes’, that’s just what she does, drives away into the music, inviting you with her to do just that. The track’s 5 minutes long but it breezes along like you’re driving in a fast car. Simply amazing.

It becomes clear from the off that Little Boots – who, in her previous incarnation received comparisons to titans such as Madonna and Kylie – has thrown away the 80’s tinged dance-pop of her debut. Disco is her realm now and she doesn’t half glory in it. ‘Confusion’ and ‘Broken Record’ are both disco tracks you can dance to, but they’re also songs about heartbreak and loss of love; the ghost of which plays like a broken record over and over in Little Boots’ mind.

‘Shake’ could be considered a stand-out but at a staggering 5 and a half minutes it’s way too long, about 3 minutes too long I would say but, along with ‘Every Night I Say A Prayer’, it’s Little Boots aiming for a bit of an off-kilter mainstream vibe. Hipster, Disco-Queen chart music, if you will.

But it’s not all perfect. ‘All for You’ and ‘Beat Beat’ are some misfires on the record, and the fact that every song sounds the same somewhat hinders the record. You may think you’re listening to one long song on repeat, when in fact you’re limping into the halfway mark of the fifth track. ‘Strangers’ seems to blend in a little too much in this respect. Boots’ voice, while suited to the disco genre, isn’t as convincing or as powerful as you might like. A little Christina warble here or there wouldn’t be amiss. Not a lot. Just a few.

One of the album’s standout tracks, ‘Crescendo’, is an extraordinary piece of pop. It does actually form a crescendo to the whole record, a culmination of all the disco-infused pop Little Boots has incorporated. Heartbreaking. Inspiring. Glorious.

No other track after this could compare although the album ends on a bold note with ‘Satellite’. Don’t worry, it’s not a cover of that track that won Eurovision a few years ago but it doesn’t succeed in ending Little Boots album in the same way that it began, danceable disco infused with a sense of peppy, optimistic heartbreak.

‘Nocturnes’ by Little Boots is not a perfect record but it is a surprising and stunning bolt out of the blue from an artist you hardly expected to be hearing from again.

The fact that, the last time it was checked, the album limped into 93 on iTunes could highlight Little Boots hasn’t exactly got a chart hit on her hands but you get the distinct feeling she’s grown as an artist making this record and, despite the tag of once being a hotly-tipped superstar, chart positions seem to no longer matter.

There is a new Little Boots. And, yes, she is better than the Great Gatsby. Even Emeli Sande’s ‘jazzy’ cover of ‘Crazy In Love’.