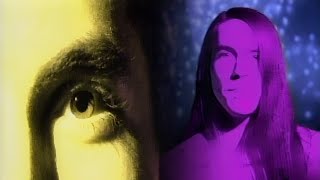 Here it is, my personal Top 10 countdown of the greatest albums of all-time, so to kick us off at Number 10…

10) Plan B – The Defamation of Strickland Banks

A brilliant Soul & R’n’B album by an artist stereotypically associated with rap. The album shows how versatile Plan B can be as an artist and it allows him to explore different genres very easily and confidently. This album, along with its catchy tunes, has a great storyline to it. This concept album is easy to follow, has some great and rememberable songs on it and is a powerhouse of an album. The album of 2010.

Some of you may not have heard of this New Zealand acoustic duo, but their BBC Three TV programme made them beloved by Americans. The first series features all the songs on the album and more. New Zealand’s answer to Tenacious D’s primary genre is Comedy, but what the Kiwi double act manage to do is infuse this with elements of Hip-Hop, Rock and Folk. Along with incredibly funny songs, it’s a very well written and catchy album that will have you walking around the house murmuring ‘Too many Mutha’uckers…’

The Welsh maestro is at it again with an incredible tri-lingual debut album. Gruff’s album cannot really be categorised. This album lets him do what he could never really do within the boundaries of the Super Furry Animals. A mixture of peculiar lyrics, strange melodies and a ‘different’ choice of instruments makes for a suprisingly delightful album, which is fun and makes you marvel at the world of Gruff Rhys.

will.i.am, Fergie, apl.de.apl and Taboo have teamed up this album and made a great hip-hop album. But, the beauty is that it is not really a hip-hop album. The blend of Samba, Latin and Rock in ‘Anxiety (feat. Papa Roach)‘ makes a multi-genre beauty that makes you move your feet whether you want to or not. A well produced album that really put Black Eyed Peas on the map.

A classic album which will never be forgotten. It will be on every music fan’s top 10 list. The gorgeous harmonies and simple tunes make this one of the pioneering albums for future pop. Released in 1966, the album influenced The Beatles ‘Sgt. Peppers Lonely Hearts Club Band‘. Arguably The Beach Boys’ peak of brilliance, the album has been a guide for every pop artist for the last 46 years.

The American comedy duo’s debut album is not just hilarious but also a great rock album with amazing riffs. The album really highlights the great voice of Jack Black, and makes him one of the best vocalists of the decade. With the combination of Kyle Gass’ great classical/rock playing, Tenacious D is born. A rocking hilarity.

4) Arctic Monkeys – Whatever People Say I Am, That’s What I’m Not

A no messing album, every track is complete with the punky attitude, simple riff and high-tempo energy that Arctic Monkeys are now famous for. This 2006 debut album really put the band on the rock’n’roll map. It’s a great rock album which is deserved of its Mercury Prize. It is also the re-birth of Indie music; it gave the genre a good kick up the bum.

This debut album was what made Dizzee Rascal into a mega star and looking at this album, quite rightly so. Pioneering grime at the time, Dizzee Rascal’s clever lyrics and heavy beats make this an amazing album. It’s not an all out ‘Gangsta’ album, Rascal shows sensitivity in songs like ‘Brand New Day’ and ‘Jezebel’ which really does make this a diverse Hip-hop album which had been missing for years and since has not been replicated or beaten in quality.

The unknown Canadian piano-man, Ben Folds, here showing his talent with an album of simply astonishing Pop/Rock songs. The brilliant story-teller backs his storylines up with some talented piano playing and jazzy influence. The best thing about the album is the fact that Folds plays every instrument himself! Showing the talent that Ben Folds beholds.

So here it is, my number 1 album. Even if the Red Hot Chili Peppers have gone ‘off the boil’ in recent years, here they show their playing genius in an album with relentless grooving and head-banging at the same time. Flea’s bass-playing is a thing to behold, taking spotlight in nearly every song, and Anthony Kiedis’ power rapping really gives the album some attitude. There is no bad track on the album, and everyone manages to capture the mood that is intending. This album was never matched by the Chili’s or anyone other band and I don’t think it ever will. The best album ever recorded.