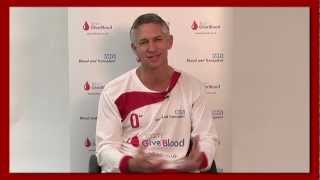 Falling within National Blood Week is World Blood Donor Day which is being held on 14th June.

The theme of the 2012 World Blood Donor Day campaign, “Every blood donor is a hero” focuses on the idea that every one of us can become a hero by giving blood, the theme also strongly encourages more people all over the world to donate blood voluntarily and regularly.

Countries worldwide celebrate with events to raise awareness of the need for safe blood and blood products and to thank voluntary unpaid blood donors for their life-saving gifts of blood.

There are just over six weeks left until the start of the London 2012 Olympics and with the London 2012 Paralympics following just weeks after, all eyes are on England’s capital city to see how it will host an international sporting event of such magnitude. So rather than focusing on the readiness of the Olympic stadium and the rest of the venues around the country, Healthcare Global decided to look at how services, such as the National Health Service (NHS), in the UK are preparing for the Games.

Since late 2011/early 2012, NHSBT has been trying to make people aware of the importance of blood donations not only in the run up to London 2012, but also during 2012’s other major events; Euro 2012, Wimbledon and the Queen’s Diamond Jubilee celebration. NHSBT know from research that when there is a big sporting event, such as the Olympics, they see a drop in people volunteering to give blood, as they are more interested in watching the event. As a result, NHSBT is trying to boost its blood stocks by 30% by the start of London 2012. Although they are trying to boost stocks of all the eight blood types, they are particularly keen to increase supplies of O- (the universal blood type that can be given to anyone), B- and A- (which are particularly popular in African and Asian communities), and O+ (the most common blood type in the UK).

They are going to be working hard to collect as much as they can of those four blood types, not to put too much pressure when dealing with people who have come into the country.

NHSBT’s efforts have been supported by eight celebrities, with each one representing a different blood type. Dubbed ‘Team Give Blood’, captains include ex-footballer Gary Lineker, Olympic gold medallist and ice-skater Jayne Torvill, and Olympic skier Graham Bell. They will be using their own social media channels to encourage members of the public to donate and become part of Team Give Blood. Gary Lineker is part of the ‘Team Give Blood’ campaign (see video attached).

96% of us rely on the other 4% to give blood. Please don’t leave it to someone else.

Please fill in our survey below if you’ven blood- it’ll help form ideas about people who do/don’t give blood and will also be great for feedback:

Find out where to give blood locally –
http://www.blood.co.uk/giving-blood/where-can-i-go/

If you want to know more about what happens when you give blood http://www.blood.co.uk/giving-blood/what-happens/