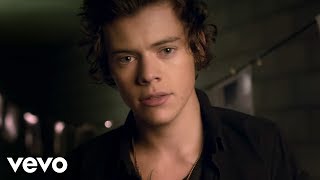 25th November was a long awaited day for the Directioner fandom as One Direction’s third album, Midnight Memories, was finally released.

One Direction is known for being a ‘bubble gum pop’ kind of boyband, but this album has definitely broken the stereotype. Up All Night was the happy dance kind of album, then Take Me Home had a bit of a more edgy sound, but Midnight Memories has exploded into our eardrums and is a totally different sound altogether. Here’s my track-by-track review of the Deluxe Version of the album, which includes the four extra songs.

1. Best Song Ever – okay, okay, I know I said they’ve changed their sound, but maybe this song is still a bit pop-ishâ€¦but the song is still great to listen to, especially when you’re listening to chart songs. I’m pretty sure this will be on the top hits of 2013 and the music video is amazing with the boys playing the characters in the sketch which was written by funny man, James Corden. It’s still a song I’ll be listening to when I’m in an upbeat mood.

2. Story Of My Life – this is the boys’ second single from the album which released just before the album itself and is a deep yet meaningful and beautiful song about their lives. This was the only track which was written by all five boys together. The intro music reminds me of something I’d hear in The Lion King and I’m not alone when it comes to thinking that, as Liam Payne himself also agrees with me and mentioned that fact during a radio interview before the official release. It’s definitely a different sound but it’s so perfect and the music video which accompanies it is so fitting and moving.

3. Diana – this track is about a girl named Diana who isn’t having the best of times lately. The fandom and a lot of other people (such as Wheatus and Louis Tomlinson’s little sister, Fizzy, who mentioned it via a social networking site) believe it’s about the suicidal and depressed fans and how much the boys truly think of them. It’s a song which is really enjoyable to sing along to and the lyrics are flawless. Any girl would feel appreciated if someone sung lyrics such as these to them and the fandom all feel as if the song makes them feel a lot better about themselves. A job well done by Louis Tomlinson and Liam Payne for penning the track down together.

4. Midnight Memories – this song was chosen to be the title of the entire album and I can see why. This is such a tune and again, very different from the other two albums with a lot of guitars and all that sort of thing. Written again by Louis and Liam, the song basically does what it says on the tin – it speaks about the midnight memories the boys have now that they’re older but still young and mischievous. The song also mentions a taxi firm in London so if you ever get into an Addison Lee cab, play this song and you might just get mates rates (or not. Probably not. But worth a try, right?).

5. You & I – this one is more of a slower yet anthemic track compared to the majority of the album’s tracks and I expect that it will be one of those ‘get your phones out and sway’ kind of moments on the Where We Are Stadium Tour next year (which I am so excited for that I am totally not counting the days down untilâ€¦). It’s such a lovely song and the music and lyrics just go hand in hand. Absolutely beautiful.

6. Don’t Forget Where You Belong – this track is one of my absolute favourites and was written by Mr Niall Horan and Â¾ of McFly who have previously co-written on previous albums with the boys. The song is about the boys travelling the world as they live their dreams but, as the title says, not forgetting where they belong. I can imagine a lot of people in their bedrooms, alone, looking into a mirror while miming into their hairbrushes singing this becauseâ€¦wellâ€¦it’s such a good tune, you can’t really stop yourself.

7. Strong – when I saw the name of this song, I thought it was going to be a sweet song about telling someone to be strong. Ding dong, was I wrong! It’s actually about not being phased by the slightest when telling someone you’ve basically fallen for them. There’s more guitar riffs and is beyond catchy. This little beauty was written by Louis Tomlinson who has co-written the majority of the songs on this album and the entire fandom has him to thank for it. Love, love, love it.

8. Happily – penned by Mr Harry Styles, this is a Mumford & Sons sound-a-like track until you reach the chorus which is quirky and poppy (I know we moved on from the pop sound, but sometimes it just sneaks back in for a few seconds, okay? Deal with it.) and it’s just a very happy sounding song, really.

9. Right Now – the fandom are throwing an on-going party right now because Louis finally has a lot of vocal in this song. Something we’ve been waiting turty-seven years for (Or threeâ€¦ who’s counting?). Again, Louis wrote this alongside band members Liam and Harry as well as Ryan Tedder from OneRepublic. The song is basically about wanting their loved ones/family/friends/whoever to accompany them as they travel around the world.

10. Little Black Dress – oh. My. God. This song is just amazing. The guitar on this, I don’t even know the words to describe. The vocals are also frigging awesome and has an old-school kind of sound and I am loving it loving it loving it. Like, seriously. Wowza. But it also makes me wonder how many people will turn up wearing a LBD to the concert in honour of the song. I, for one, don’t plan on doing that, but you can never tell what this fandom has planned. Again this was written by Payne and Tomlinson, who clearly rock at writing songs together, considering they’ve written most of this album.

11. Through The Dark – is farmers pop a genre? Because that’s how I’d describe this song. It also sounds a bit like Story of My Life mixed in with it. It’s still a great song, though, and I will be singing along to it loudly at the concert with the rest of the entire fandom. There’s not much else to say about this track, except guess which troublesome twosome wrote this songâ€¦again,

12. Something Great – this was written by Harry and Snow Patrol’s Gary Lightbody and isn’t much different sounding from an actual Snow Patrol song. Again, more guitars, loving the vocals and the song overall is really really nice. Don’t tell my brother this, but it sounds a little bit like his style of songs from his previous bands and I keep thinking that whenever I hear this song (if he finds out I said that, he will probably disown me as a sibling, so keep it between us, yeah?).

13. Little White Lies – one of the minority of the songs which sounds like the previous two albums. It’s sassy, it’s fun, it’s got the 1D quirks in it. Just loving it, to be honest. I really do like how they have their old sound still sticking with them because the fans pre-third album will appreciate that because it’s what we’ve known for the past three years and it’s great to keep that alive, even if it’s just in one or two songs. Can you guess which two wrote this song?

14. Better Than Words – this song is just awesome. It’s basically a load of other well-known songs by other artists’ song titles in it and it can be fun to try and pin-point how many of those songs you know. A song by Elvis, Adele, Shakira and JLS are just a few song titles that make an appearance in this number. Louis and Liam are again the duo who wrote this song.

15. Why Don’t We Go There – now we’re onto the Deluxe Edition songs and this song is one of many reasons why you may as well buy this version of the album. It’s such a good song and is one I can personally see appealing to people outside of the Directioner fandom. If this song isn’t a single, I want a good damn explanation as to why not! This one was again written by Louis ‘The Tommo’ Tomlinson.

16. Does He Know – the song is written again by the album’s leading co writers- Louis and Liam. It’s basically questioning ‘does your boyfriend know you as well as I do? And if he doesn’t, why are you even bothering with him, love, because I know you better.’ It’s got a good beat and I love the chorus. It’s one you can jump around to in your room alone or with a friend at a sleepover or something.

17. Alive – now, this one reminds me more of 80’s rock and the lyrics are ones I really enjoyed learning quickly. It basically screams ‘YOLO’ in a good way (even though I dislike that saying) and the lyrics have definitely matured from ‘Chinny Chin Chins’ *Cough* Kiss You from album number two *Cough* (which still was a great song and I’m totally not knocking it). Louis Tomlinson is yet again the mastermind behind this song.

18. Half A Heart– this song is full of acoustic and is just one you can sway along to with really cute lyrics that do remind me a little bit of Ed Sheeran, but he had nothing to do with this song. It’s a really sweet song which I think is going to be one of those ones I’ll be listening to when I’m chilling and just need one of those calmer songs on.

Over all, I love the album and the boys did not disappoint the fandom at all. We were all a little nervous when they said it’s a new sound, but we had no reason to be, whatsoever. But what about you? Have you heard the album yet? Has my review urged you to give it a listen or stay clear? If you have heard it, what are your thoughts? Please drop your comments down below, athankyouverymuch.