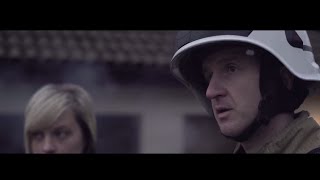 It is that time of the year again when people, mainly youngsters enjoy lighting fires across our beautiful valleys. They put the lives of people and wildlife at risk when doing so, plus they waste the Fire Service’s time and resources.

It’s a problem that occurs every year and is a battle for the fire services who continuously work hard to educate the younger generation of these valleys about the consequences of deliberate grass fires. But that message fails to get through as the fires rise above the homes of feared residents.

In the Rhondda, on Saturday 25th March 2017, a deliberate grass fire that burned for three hours across 50 hectares was lit. The blaze was the size of 50 rugby pitches. Indeed this fire was incredibly dangerous and draining for the fire fighters to contain it from spreading. Despite the strength of the blaze, the fire service were quick to reassure the community that there was no danger to life or property.

Here’s what we know of this specific deliberate fire:

Indeed fires like this one are a familiar occurrence for South Wales Fire & Rescue Service, however fires on mountain sides like this put incredibly vital resources elsewhere; resources that could be put to other crucial emergencies in the communities that lie below the burning hillsides of the South Wales Valleys.