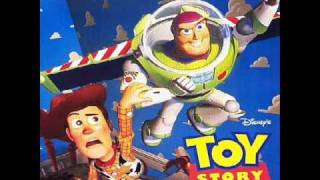 Friends are a big and important part of life.
They make you smile; laugh sometimes angry and true friends are always there for you when ever you’re in need! <?xml:namespace prefix =” o” ns =” “urn:schemas-microsoft-com:office:office”” />

Peter realised this and after being 5 minutes late for his meeting with Gareth to sort out their ‘Big situation’, Peter decided to go and sort it.

He caught the bus to the meeting place of where Gareth awaited him and when he got there, looking quite irritated Gareth was alone, sitting on a park bench with a gentle breeze flapping his hat up and down occasionally.

Peter started the conversation whilst walking to the bench by saying “Gareth, I know I killed you..”
But Gareth interrupted him at that precise moment and let a few things off his chest that he wanted to say to Peter.
“You didn’t kill me, let’s get that straight! I’m only doing this because it’s my job and I have to partner up with you, If you don’t like it refuse to do it and maybe I’ll get someone of some use to help me out!
I think you’re really arrogant, Big-headed and absolutely rude!”

Peter shocked at this fascinating profile that Gareth had given him and just replied with a simple “Ok…”
He really wanted to snap back at Gareth and tell him what he really thought of him but he knew this wouldn’t be the best thing to do, instead it would be best to just end it there.

Gareth looked at him surprised “So that’s it, that’s all you’re gonna say is ok?”

“Yeah, is that ok with you?” Peter replied.
“Of course!” said Gareth.

“I think we should get back to H.Q now and find out what mission we have. By the way, I blew up the Base of the C.S.A so they should be out of the picture for a while!” Said Gareth.

“And by the way, I’m going on holiday next week so you’ll have to fight alone again” Replied Peter in the nicest way he could.

Gareth kept his calm and carried on walking “Ok…”