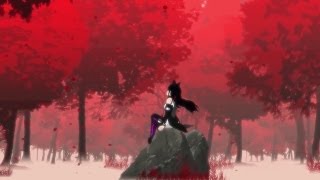 Okay, guys, so fresh off of my World Autism Awareness article, I didn’t truly think I’d have anything fresh to talk about, but as I was in the middle of writing that article, another topic kind of made me change my mind in disgust. Now I’ll start off by saying that Wicid, as well as all the other websites associated with CLIConline, whether it be The Sprout, Swoosh, Merthyr Noise, Shouttawe, NPT Shake, Young Newport, Young Wrexham, and many more of the other county youth based websites linked with CLIC and Wales all serve the same purposes generally, and one of those purposes is for young people to voice their opinion on topics that are happening in the world. Heck, if these websites were never created, I would not have written up as many articles as I have during my time with Wicid, maybe I wouldn’t have written any, and for this reason we can thank all the places I’ve listed that are a part of CLIC for giving us the chance to let our voices be heard.

But just how far are people willing to go to voice their opinions? Maybe to the point of thinking they are right because we are never wrong about what we say in the world. To us, we are all the next Einstein that thinks everything that comes out of our mind is correct. When in actuality, we are proving ourselves to be the next Karl Pilkington more than anything elseâ€¦now there’s a pair you wouldn’t expect to see in the same sentence, Albert Einstein and Karl Pilkington. Now before people go nuts, as people online tend to do, I shall explain my brief rage. It’s not aimed at people who voice their opinions as I’m all for this, but I’m angered by the people who think they are always right and criticise everything they see.

I shall give some recent examples for you all. As you probably don’t know since it’s not that popular in the world, the latest trailer for the brand new animation series created by the online web series company known as RoosterTeeth, and created by Godly-gifted animator (at least he is to meâ€¦) Monty Oum, is known as ‘RWBY’, and it recently released its ‘Black’ Trailer on 22nd March 2013. I bring this example more so than the other two trailers to be released (‘Red’ and ‘White’) because this is the first trailer to feature actual voice-over work within it, the voices in this representing the main characters of the trailer, ‘Blake’ and ‘Adam’, but you can see this trailer in the video attached to this article. Now, I didn’t mind so much for the voices due to this being a short trailer leading up to the first episode  – being aired on July 7th 2013 – more than anything. The voices weren’t great, but they were nowhere near as bad as some people claimed them to be. I see comments underneath the video saying stuff like ‘OMG what the heck did I just listen to?! CRINGE!!’, ‘I’d rather them use Japanese voices since we all know Japanese voices are the best with anime’, ‘This video was goodâ€¦ until I hear the voice acting’. And a majority of the likes/dislikes of the video was say 85% favouring likes, so seeing all of these comments bluntly bashing the voices has me somewhat baffled.

Another example I’ll give which I hear/see every day of my life, is with professional wrestling. If any of you can remember, you will know I used to review past mainstream wrestling shows (WWE and TNA stuff mostly) and give my opinion of how each show or Pay Per View event did. And I can admit, I was being a little bit like ‘Oh they could have done better here’ or ‘This was awful! Here’s how I could do itâ€¦’ I won’t deny that I thought like that at the time, and even now I still think these things. But that’s what I’m trying to do more of now with wrestling. Think, not say, because I always end up seeing comments on the YouTube videos like ‘What the hell did I just watch? 3 hours of my life wasted!’, ‘My God, Raw last night was *BLEEP*, never watching this again!’ (even though they continue to watch it every week I might add), ‘WWE is always better than TNA cause they want to be us so much! I don’t even need to watch you to know how bad you are, which is why I never have!’, ‘No way you *BLEEPING BLEEP*!!! TNA is better than WWE because WE aren’t PG like you! PG is for little kids and single women!!!’. Blah blah, blahdy blah blah. It goes on and on, and it always will, even if every show in wrestling, or anything television based were to be ‘perfect’, there’d 9 times out of 10 someone would complaint about what they see.

I mean I’m not shy to admit I’ve done this in the past and sometimes, I still do it and I may still do it in the heat of the moment, everyone is like that, and we can sometimes regret doing and saying these things. But I’m doing my best to overcome these anger issues; even though they are part of me due to my disabilities and such, I’m doing my best to look at something as a whole before giving my opinion on it so I don’t look the fool and regret what I said later. But I see all of these comments from people and it just makes me think how idiotic people can truly be in the world. I mean if all you are going to do is complain and criticise something, then there’s no point of even commenting. Everyone seems to be a critic these days, I’d love to see them do something about it, it would be a good laugh to see – for example – people who criticise voice-acting by recording themselves with a video camera, maybe even have actors in television and films they see do these voice over roles and have people laugh at them. Or have out-of-shape people in a wrestling ring, I’d love to see them pull off a powerslam or a top rope moonsault.

But obviously that won’t happen because it’s all well for someone to rage behind a computer screen because they are safe there, no one can do anything to them when they speak their mind. But at the same time, they aren’t changing anything by complaining about what they see. They aren’t working for RoosterTeeth or WWE/TNA/other wrestling places or anywhere else media/talent based, so what’s the point in really saying anything? I mean there’s an old saying that should apply to the entire planet in instances like this (courtesy of one memorable and adorable Disney bunny rabbit):

‘If you can’t say something nice…don’t say nothing at all’.

But then again if I followed that saying, this article wouldn’t have been written and posted. But I mean it’s more directed at people who whine and complain for the sake of it. Why can’t we all just be one big happy family and have a few laughs together? Wouldn’t the world be a much better place to be in if we didn’t have all this negativity? Oh well, one can dreamâ€¦

But I now close this Radical Rant by saying what I believe should be a much more effective saying to everyone on the internet: “Think with your head and not with your fingers.”