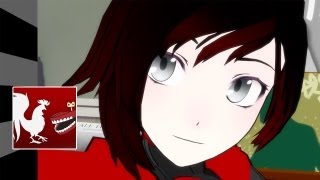 Okay, just to not confuse everyone, this isn’t someone else posting a Radical Review. The official Radical brand of journalistic articles that are created have not been taken over by another individual, it is still Rhys. I’m just not as Radical anymore, since I changed my username to WelshEXP, mostly to reflect future projects I plan to create under this new alias.

But, now that that’s out of the way, I’m here to review something that I can guarantee most of the readers of this site have never heard about before. If you aren’t of the otaku much like myself (a Japanese term, meaning lover of games, anime, mangaâ€¦anything cool and anti-social, really) then I can understand, but if you are, then shame on you. I should just let you wonder what this new piece of eye candy goodness really is and not talk anymore, but then it wouldn’t get as much attention from people who don’t know about it, so I guess you can stay if you must. But I’ve got my eyes on youâ€¦I’m not behind you, but I am watching you.

Creepiness aside, if anyone managed to read my past Radical Rant: Free Speech article, I briefly looked upon this series. However, that was for one trailer and not enough to help lead up to the first episode, so I’ll quickly explain what this series is all about. RWBY is a brand new anime-themed 3D animation series created by Rooster Teeth (creators of such things as the Halo based web series Red VS Blue, podcasts such as the RT Podcast and The Patch, Immersion, The Gauntlet, RT Animated Adventures, Achievement Hunter and much more greatness), and Monty Oum (the God-gifted animator of projects such as Dead Fantasy, Haloid and created 3D animation cutscenes during Season 8-10 of Red VS Blue) that was first teased as part of the first of four eventual trailers after the Red VS Blue season 10 finale. This trailer was dubbed the ‘Red’ trailer, for each letter of the title ‘RWBY’ represents four different colours, as well as four different main characters. It’s better you watch the trailers I’m about to list, as I cannot describe how amazing each of them are without sounding like I’ve had too many cups of coffee, but here’s the jist of them.

The first trailer, the ‘Red’ trailer, features ‘Ruby Rose’ as she fights a hoarde of wolves with her mad Sniper Scythe skills. The second trailer, ‘White’, features ‘Weiss Schnee’, shown at some sort of music concert, singing, while cutting to an alternative scene of her fighting a large robotic enemy. The third trailer, ‘Black’, focuses on ‘Blake Belladonna’ and her associate ‘Adam’, in which they sneak aboard a cargo train and fight through countless mechs so they can get what they came for. The final trailer, the ‘Yellow’ trailer, shows ‘Yang Xiao Long’ going to a nightclub and trying to get information in someone she is looking for, only for her to end up fighting all the bouncers and guards at the place. If that hasn’t peaked your attention yet, I may as well mention each of them has some melee weapon fusion that can also be used to fire bullets and/or magic at whoever they are battling against.

Have I piqued your interest yet, curious reader? I hope so, and if I have, make sure to attempt to watch each of these trailers before watching the first episode of RWBY, ’cause it’s definitely worth it if you want to get a feel for how the show will go. Don’t worry I’ll give you time.

So how were they? Great, huh? Now that you’ve seen those trailers, how’s about we talk about the first episode? (Even if you had to watch it due to your sheer excitement from wanting more RWBY.) If you haven’t seen them yet and just stuck around to read my impressions on the first episode, then let’s not dally anymore. Spoilers may be contained in the following text, so if you want to watch the episode before reading my review, please, do so now. Okay? Good.

So let’s start with the plot. The show opens with an explanation of the world’s past shifting into the present time and what we get is a criminal type of character mugging a shop-owner of all his dust crystals (which the opening explains about). However, as the guards check the shop, one of them sees a preoccupied Ruby Rose listening to music and reading a book. As he gets her attention, she realises he’s no good, and decides to clean house, basically knocking out all the guards this guy had with him. He then escapes with the crystals and Ruby gives chase, only for her to be attacked by an armed helicopter and then saved by a powerful huntress. The characters battle it out until the helicopter escapes with the crystals. Suddenly, as Ruby is fangirling at the woman who just saved her, the scene abruptly changes to Ruby being interrogated by this woman and another man, who turns out to be the head of Beacon Academy, where Ruby intends to learn how to become a huntress after her training at Signal Academy. After a long discussion about Ruby’s unique fighting style, he offers to move her up from Signal to Beacon two years earlier than she intended. The scene shifts to her ‘sister’, Yang, congratulating her as the two of them, along with numerous other students, travel by airship to Beacon, although Ruby is concerned about sticking out because she got bumped up two years early. We then see a brief news report on the criminal who Ruby fought during the episode, followed by the Huntress – who saved Ruby – addressing all the students, before we end the episode with Ruby and Yang looking over Signal and onwards to Beacon. Following this is one of the most fantasmic, ani-mazing moments I could ever imagine.

The plot itself seems very basic for an anime-themed show and while it didn’t explain too much about what the series is about in the time of the pilot (11 minutes), especially after everything that happened during the trailers, it leaves the viewer both pleased and wanting more. Now, if the plot wasn’t the biggest part of the show, I’d say the art is just as important. As with the trailers, 95% of the episode was in 3D animation, a rarity for anime-themed shows which usually adopt a traditional 2D approach. This animation was done so well, with the expressions on the characters, the way they move, the way they fight, the spells they cast; everything about the animation was sheer eye candy to the viewer. However, there is also a use of 2D based animation and pictures in this episode, as 2D animation was used during the news report as well as the opening scene that explains the world. I very much liked this, especially the storybook-like opening, which is kind of appropriate since this is what the 3D animation makes me think of; a story for little kids, or rather, a story for teenagers/adults who like to see anime characters beating everyone up with weapons and magic. Also before I forget, if the music of the ‘opening theme’ at the end of the episode didn’t make me happy enough, the animation during that whole thingâ€¦no words, I can’t, I can’t even.

And that’s actually a good segway to the music of the episode. Now, it’s so great you can buy all the music featured from the trailers and the first episode on iTunes now, ’cause that’s a feature of the series that really gets me into what I am watching and listening to more than anything. It’s very well done and the composer, Jeff Williams, is just so good at this. He did a great job with Red VS Blue and he’s doing an even better job here with mixtures of soft instrumental pieces that sound like something from a fable feature, while also using music during the battles that makes it feel like whoever is fighting can take on the world. And going into a different quality of sound is the voice acting, which is new for Monty Oum and his work since he’s only done non-vocal products (excluding Red VS Blue since that was all voiced before he was even hired by RoosterTeeth to do animation work for them). Now, going back to my Free Speech article, I complained about the fact that even with a few lines heard in some of the trailers, people were automatically saying how much they disliked it, even though they shouldn’t take them so seriously since they were only trailers. I liked those but I would form an opinion starting from the first episodeâ€¦and I really liked it. Each of the voices fit the characters they were given to, they showed emotions in the right place, especially Ruby who people seemed to back away from at the end of Yellow’s trailer when she appeared in it. And here’s the funny thing, those same people who were criticizing the voice acting of RWBY, are now mostly saying how much they loved it. Funny how people can change their minds so quickly on the internet, eh?

So overall, I’d say the first episode was a major success in executing all of which it did. The animations, music, and acting were great, and while the story didn’t explain much, that’s what lots of these shows tend to do, and if anything this one exceeded even more than most as it made me want to see more at the end of it. However, if I have to make one complaint, it’s that RWBY succeeded in making me even more confused about my animation path. Originally, I wanted to study 2D animation, but after seeing this it makes me want to study 3D animation. So thanks RT, Monty & RWBY, make my life harder for me why don’t you? It’s a good thing I still love you otherwise we’d have a falling out. Also I suppose I can complain about the future plan of only the pilot, an episode or two midway through the series and the series finale being 11 minutes long while the rest will be around 5 minutes.

If you are interested in catching any of this series, make sure to watch all trailers either on the RoosterTeeth website or on YouTube; ‘Red’, ‘White’, ‘Black’ and ‘Yellow’. The first episode can currently be found on RoosterTeeth’s website, however starting 25th July, they will also be posting previous episodes on their YouTube channel while posting the newest episode on their website. So when episode one is on YouTube, episode two is on RoosterTeeth. Episodes will last roughly 5 minutes, except for the pilot, an episode or two mid-series, and the finale, which all last around 11 minutes.

And, with that, my latest Radical Review comes to a close. If you guys fancy listening to me talk more about games, anime, web series, fan-created content, and much more craziness, I got myself a Twitter account so you can follow me at @WelshEXP (hopefully I can stick with this one for more than a monthâ€¦ probably not). Until next time, crazies.

…Hopefully I’ll think of something better to call all of you when next time does come.