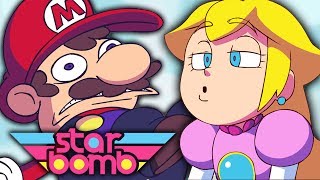 *Editor’s note: the following article includes information that may or may not be suitable for younger readers.*

Okay, so it’s been a while since I’ve actually reviewed anything for you guys. But, in all honesty, I’ve been busy with my new Foundation Studies at uni to really pay much attention to what’s going on around me. I mean, it’s basically been: go to uni, do the course that I am so glad to be a part of now (even if it means I’m more or less skint from buying so much towards it), come home, do more work, watch videos online (as one does), and continue the cycle up to today. Now fast forward to this moment in time, when I’m writing this, and I’m struggling to buy myself some Christmas gifts (let alone other people) and I honestly cannot find anything in my short budget to warrant buying myself anything.

But, suddenly, as I’m going through my search, I catch wind of ‘something’, and it was something good. And, no, I’m not talking about Miley Cyrus in G-Major, I’m talking about one of the newest and most amazing collaborative bands to have ever been formed in this world and they, my dear readers, go by the name of ‘Starbomb’. Starbomb, who have just released their first album under the same name, are comprised of YouTube celebrities, people, ‘stars’ that some people may have heard of, particularly in the parody, animation and gaming scenes. Arin Hanson (Egoraptor), alongside Danny Sex Bang (Leigh Daniel Avidan) of the famed parody band ‘Ninja Sex Party’ form together in a new way that doesn’t involve them playing video games on their ‘Game Grumps’ channels, instead they’ll just sing about them! Now, before I carry on, I must mention that Ninja Brian (Brian Wecht), who makes the other half of Ninja Sex Party with Danny, helped with music production in this album. If I didn’t mention this, he may very well murder me in my sleep, and anyone else who happens to forget about his contribution to the Starbomb team.

Take into account that I’m not reviewing this as a music critic as I am not that savvy in the field, but not only for that reason. The main reason is that this album, as stated earlier, is a ‘parody album’, meaning it’s to use an already existing product and make their own interpretation of it, which in this case is of iconic Nintendo-themed-gaming series titles as well as others. Pokemon, Kirby, Mario, Sonic, Megaman, and many more titles were each poked fun of somewhat during this album, but not out of disrespect mind you, but out of a genuine love of each series that both Arin & Danny pour their hearts into.

Also, while both aren’t exactly meant to be the most amazing singers of this generation of music, I can say that they were definitely entertaining as all heck while listening to them. Danny always has a beautiful harmony-ness to his voice that instantly made listening to this album a true delight, much as he has done with his covers in Ninja Sex Party (harmony-nessâ€¦ that’s a word). And Arin can put the likes of Flo Rida and Eminem to shame if he wanted to, because he has some mad rap skills, yo! HE BE ALL LIKE, FIZZLE IN YO SHIZZLE BABY GIRL! (Uh why do I even-).

Now, if you’ve managed to stay this long for my review you’ve got some thoughts going through your head. ‘Who is this ‘Ego raptor? Is he a dino?’ or ‘Where can I get the nearest ninja costume to be a part of this ‘Ninja Sex Party?’ But one I’d probably expect to hear from you is ‘Why are you even talking about ‘internet junkies’ making an album that not many people will buy?’ First of all, hush you sillies. Second of all, I mention this as it seems even though they are an internet themed band, they have a large following, mainly from their other YouTube content mind you, but enough of a following to at least have made it to Number 12 in the top album charts of iTunes in the USA, as well as at one point, 27 in the UK iTunes charts, maybe even higher since I haven’t kept track. But they also managed to, at one point, hold the number 1 rap album in the US Amazon store, so I’d say this supposed ‘internet following’ they have seems to be getting them more attention than none.

But, well, what else can I really say? Starbomb truly is ‘the bomb’ as the kids say, if you are the type of kid who likes listening to parody songs themed on gaming characters. If you want to get the album for yourself, just look up Starbomb on iTunes, maybe get the physical album from Rodeo Arcade and get yourself a snazzy looking Starbomb t-shirt, I know I did. Other places you can get it include Amazon, CDBaby, Spotify, and loads more places.

So, why are you still reading this when you could have your ear drums exploded by the sheer amazingness that is Starbomb? And if you aren’t interested, so be it, I’ll just continue to watch the Luigi Ballad animation video for the umpteenth time, and forever countingâ€¦