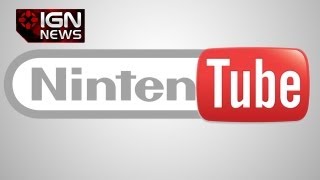 Okay so lately, there hasn’t been any real pressing topics going on for me to talk about, or at least none that interest me or anyone enough for them to mention it to me here and talk about it in future articles, so lately I’ve just been stuck doing what I normally do in my spare timeâ€¦watching videos on YouTube. Now, besides the typical soundtracks of computer games or anime I come across to put me in the mood I am in at that time, I also tend to follow a few people who post Let’s Play videos.

Now, for those who don’t know about the concept of Let’s Play, which shouldn’t be that many people who are at least a little bit interested in computer games, they are just videos of people going through games that interest them and they tend to add commentary to those in hopes of making their videos more informative, entertaining, annoying, whatever they want to get across to their viewers, or in the annoying case, get across something they might not have control over.

I bring this up because if you are fans of video gaming or at least fans of the Nintendo video gaming franchise, unless you’ve been living under a rock recently, you’ll know that in recent news, it was announced that Nintendo has signed a partnership with YouTube to get revenue off of all Let’s Play videos that are published on the video media site and they would include adverts at the beginning or end of these said videos.

Upon first hearing this news I thought, well it could have been worse, they could have easily removed any Nintendo related Let’s Play videos and made people even more upset than they are now, so there’s that. However, after giving it more thought, and after hearing the voices of people from the YouTube community who are more connected to this piece of news than you’d think, I’m not sure there’s much you can really praise Nintendo for in doing this.

I mean you’d have to look at this logically for a minute, I know, logic with video games, whaaaaat?! But it is there, as I may as well explain first of all that some more well established people on YouTube may actually make money off of the videos they publish through partnerships they formed for the videos, which can be explained by the ads at the start of end of their videos (those who don’t have that ad-block feature can see this anyway). You may know of more well-known Let’s Players such as Game Grumps, and Zack Scott (who has been making more vocal comments to places such as IGN about these recent events), these guys are known for posting numerous Let’s Play videos, mostly of a mixed genre, however they have included a fair bit of Nintendo themed videos in their impressive list of Let’s Plays.

Now, if you weren’t a partner with YouTube and posted Let’s Plays and didn’t get paid for it, you’d think ‘Is this really that bad? I’m helping Nintendo more than anything’, but do they really need this? I mean sure, their sales haven’t exactly been the greatest in the years they’ve been active, but do they really need to take money from people on YouTube who are actually benefitting them more than hurting them? I mean in a sense, yes they do it to get money, but they also choose these Nintendo themed Let’s Plays because most likely, they have a personal attachment with the games.

I doubt I could imagine JonTron as anything but a little Kirby mash-up with all the fan stuff he’s received for his Game Grumps Kirby Let’s Plays with Egorapter/Arin. And speaking of Arin, will we never again hear something as brilliant as ‘Banana Shoes’ again if they never play anymore Kirby Let’s Plays? I don’t want to think of that possibility. But even still, these Let’s Players are not only experiencing enjoyment/resentment from the Let’s Plays that they do either for themselves or their viewers/fans/subscribers. They are actually, in turn, helping out Nintendo since they would be playing these games that some people may never have heard about, and those people may be thinking ‘Oh wow, so-and-so make this game look really fun to play. Maybe I’ll pick up a copy of it sometime too!’, so more people end up buying the game, and helping Nintendo get more profit than anything. But, of course, with this new NintenTube partnership (See what I did there? Did you not approve?), there will most likely be less Let’s Plays of these videos, so less people will know of these games, especially those people who spend their free time watch YouTube all day (and that’s most of the world actually), and then Nintendo may not sell as many of those games as they would like to.

But, thinking about all of this, this is just Nintendo making this new copyright dealâ€¦what happens if this advances to brands other than them? We all should know by now that the Playstation 4 has been announced and with that it encourages people to share their future gameplay online, as the PS4 is all about getting people together though social media from their unveiling. But what if with this, Playstation makes a similar partnership and either cuts revenue from all Let’s Players on Playstation products, or worse of all, removes all fan-made Let’s Play videos of PS4 content? And what about the new Xbox, the 720/Durango/Fusion/Infinity/whatever they are calling it now. By the time this article is up we will hear news on what this console will feature and such, will this have a similar look to Nintendo and say, ‘Nope! You want to watch gameplay of our content, buy our games you lazy sods!’, I’d actually be quite frustrated about the whole thing.

But, what if it doesn’t stop there? What if Nintendo or future gaming companies want revenue off everything based to their content? Will I never be able to listen to the beautiful soundtracks of Pokemon, Kingdom Hearts, Tales games, or any of my childhood favourite musical numbers again? What about YouTube channels such as Game Theory or Gaijin Goomba focusing on the more educated and influential side to games? I like learning about what cultural references games have sometimes, will I not learn anything about games in the future? How about fandubs, animations or machinimas using gaming engines like Super Smash Bros Brawl? Will I never see any more episodes of Smash King by Tigura21 or anything else from those from Nintendo based machinima groups, Virtual Smash or The Digital Shadows ever again? (Watch that by the way, best fan-made series you will ever see.) Will my future animation and possible voice acting career be all for nothing if I have nowhere to start? What will my life come to without all of these endless possibilities?!

Yeah, I may have been a tad build over-dramatic on that last note, but the thoughts are still valid, yet irrelevant to this discussion as I have gone a little bit off topic, so I’ll just sum this article up with my usual Round-Up on the future of Let’s Plays. With Nintendo creating this revenue partnership with Nintendo, it’s clear we’ll see less Nintendo Let’s Play being made by those who get money from doing this, maybe possibly by those who don’t get money from it either, and have been disappointed by the tactics Nintendo has taken to try and take money from it’s fans (which is what they are essentially doing). I doubt Nintendo can really lose so much money from doing this, but they will definitely have people giving them the cold shoulder and thinking twice about their actions from here on out. And will this response have an effect on the actions on Sony with the PS4 and it’s future social media ideals? What about the next gen Xbox? Will they fall under the same flaws as Nintendo? Who knows, I hope not, but with how heavily today’s day and age is with social media, it’s more likely than not, I’m afraid.

For now I’ll still purchase any games Nintendo-related that I seem to enjoy, however it seems I need to think twice if I want to show my experiences of said games with the world unless I don’t want to feel the benefit from doing so.

Until next time guys, this concludes the latest edition of the Radical Round-Up.