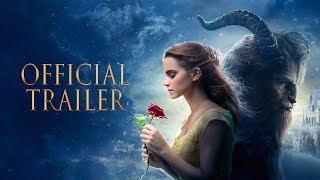 Thanks to Wicid, I was given free vouchers for Showcase Cinema to see any film I’d like. As a Disnerd, I chose Disney’s Beauty and the Beast.

Ever since the first announcement of the film being made, I have been desperate to see the live action remake of Beauty and the Beast. Two long years later, the day arrived and I made sure my mother and I were to see it on the day of release. Having fallen so in love with the original Disney animation released in 1991, I had high expectations for the remake.

The film is suitable for all the family; from the tiny tots to the big kids at heart, Beauty and the Beast has the capability of winning the hearts of people of all age groups. The first thing I noticed with this film in comparison to the animation is that it’s far more detailed, which is probably why it’s of a greater length than I expected. It was refreshing to be able to learn more about each character in this one, with a bit more backstory to who they are. Another difference is that the violence in this version is a bit more graphic, but nothing that’s too disturbing. Sword fights are more visual and there are a few punches thrown from the likes of Gaston, but nothing that’s in need of PG and very minimal gore.

It’s a step in the right direction to see a racially diverse cast in the film, especially compared to the 1991 version. Representation is hugely important and to see even some of the supporting cast of different races was a big step towards better equality.

I highly appreciated the fact that the original songs were kept in the film as these are some of the most iconic that Disney has produced, not to mention what the film is best known for. It was also exciting for Disnerds to hear new songs to add to their ever growing collection of a playlist from all the films.

While there are some minor changes to the storyline, the main plot is still there and the finer details are what make the new version so enchanting. The characters’ personalities are easy to take a strong liking to and I especially admire the feminism from Belle’s character, standing up for what she believes in and refusing to conform to the expectations of her peers. It sends a great positive message to young girls out there, which is massively important in a kid’s role model, though with Emma Watson’s role in feminism, it was hardly surprising that the character would hold such girl power in her personality.

I fell in love with every aspect of the film; from the storyline to the music, the costumes to the CGI, it was a visual masterpiece and I’m already excited for the day that it’ll be released on DVD.