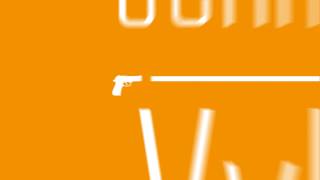 Reality; what does it mean to you?

‘It’s the Jennifer Vyle Show’ turned out to be about this concept; about the types of reality we construct and the realities that we settle for, desperately hoping that these constructs will reflect real life.

The titular character, a pun on ‘Jeremy Kyle’ as it was pointed out to me (I was myself thinking of the use of ‘Vyle’ to mirror vile) opened this play with a monologue directly to the audience.

Jennifer Vyle, as it turned, out was not some savvy, devil-incarnate reality T.V show parodyâ€¦but a rather disturbed transgender individual wandering the streets and Facebook silently planning her revenge on those, in her eyes, that had wronged her.

This play, really, couldn’t decide on what it wanted to be. The play centred on one family – alcoholic father, workaholic mother, bratty ten year old – whose lives are impacted by the ‘Jennifer Vyle’ who pays them a visit after chatting to the daughter online.

The first thing that rang a bit off about the whole concept was that Hannah, the daughter, was ten years old.

No, I get it. Ten year olds are easy to be manipulated. They can and will believe the truths made clear to them by adults. But it just felt wrong having a character so young speak so maturely and – frankly – annoyingly about all that was wrong. Channel all this anger, resentment and denial into a young and damaged 14 year old girl and you have yourself a Molotov cocktail that you can ignite the stage with. But use a ten year oldâ€¦and the whole concept falters. The reality of the situation is very doubtful since ten year old’s aren’t even legally allowed on Facebook.

My hopes of a sharp parody of the impact of reality TV on our society through the character of Jennifer Vyle started off as hopeful. As a, seemingly, strong transgender character played with bravado by Shane Nickels, you had an innovative avenue in which to explore the themes of the play.

But as the play progressed, Jennifer Vyle un-ravelledâ€¦and the cracks began to show. Mentally un-hinged and deeply harmful to the representation of LGBT characters – of course it is the transgender character that is properly mental, here was a real chance to portray a strong, un-forgiving transgender character but the representation fell into old and deeply regretful factors – Jennifer Vyle quite quickly got very annoying.

You forgot to care about Vyle’s cause – righting the wrongs of her step-brother’s suicide following her own appearance on the Jeremy Kyle Show – and just willed the father to, quite frankly, call the police and perform a swift citizen’s arrest.

I started shaking my head when things got too silly. Previous to the final climax of the play, things had chugged along in a manner veering on camp, yet still compelling. Lies un-ravelled lies and the characters re-acted to the changes, began to be shaped by their choices and showed genuine emotion.

Character arcs began to emerge; love, forgiveness and acceptance for all involved, surely? Sadly, this was not the case. With the emergence of a gun, the show went and took a turn for the dire.

One thing I never condone for any drama at all is to revert to the whole ‘character pulls out gun, drama ensues’ clause. It feels cheap. It felt like a cop-out, particularly since there was never any hint of violence in Vyle’s actions. She un-ravelled far too quickly for it to be believable.

As she held the family hostage, I started to shake my head. This was a rushed ending, instead of working towards a genuine conclusion.

I deeply reject the way Vyle herself was portrayed in this climax; made to take off her wig, called a pervertâ€¦derived for her sexuality. It was demeaning and un-called for, especially in a play that I had previously thought would champion the underdog; both the mentally ill and the prejudiced.

Neither got what they ultimately deserved. It’s a dangerous low to sink to; making Vyle the villain. I personally bitterly remember these scenes, upsetting given what she could have been as a character. Making her a cheap, gun-toting villain was a bad move, and it only went down-hill from there.

For me, the entire point of a narrative is to get a conclusion. A play, novel or movie is a snapshot into a moment or event that deeply effects – and will ultimately change – our characters. This is why narrative form was invented. People fall in love; it changes them. Detectives solve a murder; it changes them. Wizards defeat evil overlord; it changes them. Otherwise, what is the point of telling this story without a resolution? Hell, even David Lynch’s lot learn at least something in Mulholland Drive.

It’s with quite a lot of sadness that I say at the end of Jennifer Vyle, the characters have endured a lot – some would say far too much, actually – yet neither their attitudes nor their habits – addictions – change. Father goes back to the vodka. Mother – despite an electrifying plea to Vyle earlier – switches back to Ice Queen mode and daughter goes back to sulking on the sofa. She hasn’t realised what her actions have caused. She doesn’t even realise why she should know. Worst of all, Vyle is wiped out; devoid of her wig – her own transgender identity – and shuffled off to be beaten by homophobes. She reached the depth of depravity, that is very true, but no-one deserves that. No-one.

But, actually, it’s not all bad news. For all its faults, Jennifer Vyle boasted a mesmerising performance from Lizzie Rogan as Nikki; she bounced off her fellow family members, she sassed, she cried, she began to changeâ€¦but then she didn’t. But even then – when the basic purpose of narrative has been discarded and rubbished – she made it all believable. You were still strangely routing for her as she sipped vodka, declaring Vyle was probably going to get killed. What a woman. What a performance. Seriously.

Basically: An intriguing concept de-railed by gross characterisation and silly narrative choices, the Jennifer Vyle show had the chance to declare a brave and innovative statement about society and all our lives. But the reality of this show was something different entirely.