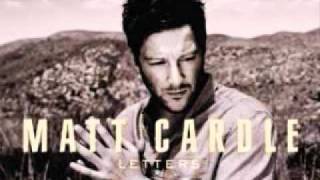 After recently interviewing 2010’s The X Factor winner, Matt Cardle, for CLIC, I was given two free tickets to go and see him live at St David’s Hall, Cardiff on Saturday 24 March.

When Josie and I arrived at the venue, it was somewhat quiet. We waited around until it was time for the doors to open. We looked at the merchandise, where I bought a programme, and then went inside and just generally chatted until the support act came on.

Roxanne Emery is a 27-year old singer-songwriter based in London. When she first took to the stage, I thought she seemed about 19, but then again, I didn’t have my glasses with me and I was back in row N.

Anyway, I thought she was a good singer and I liked the meanings behind her songs, but I’m not quite sure if I’d rush out to buy her album. I think I’d have to let her music grow on me a bit more. The song I really liked was called Late and was about her mother who had passed away. This tour was the first time she’d sung the song publicly as it was hard for her to do so in the past.

After Roxanne’s performance, there was a thirty minute interval, where you could go and buy Roxanne’s CD, get a hot dog or ice cream and go to the bar. After battling my way to try and get some water and Josie fussing over the fact that she’d broken her plastic spoon for her ice cream, it was time to settle down once more for Matt to come on stage.

The lights dimmed down and the music started up. There were screaming fans and people chanting, “Matt! Matt! Matt!” The music seemed quite intense as the crowd waited with anticipation. Suddenly a spotlight hit the centre stage and there stood Matt with his guitar. The screams got louder as Matt welcomed everyone and thanked them for being there.

Matt sang all his songs from his new album, Letters, which involved Reflections, Walking On Water and my favourite, Stars And Lovers.

For each song, Matt explained a bit of the story behind them. He admitted that he had done some things in the past which he regretted such as he ended up having a relationship including two girls and he realised that there were three people’s feelings involved and this lead to him writing the song Faithless. Beat Of A Breaking Heart was something that happened to him just before he went to record the album, Letters, so he wrote the song and it ended up on the album.

Throughout the whole night, the crowd sang along and couldn’t help but have smiles on their faces. Everyone seemed to be in such a positive mood and were dancing along to the songs and just generally having a good time.

As the band left the stage, Matt took to the centre stage once more and began to sing his winning song from The X Factor, When We Collide. Unfortunately, someone had to go on stage to stop Matt mid song as a girl in one of the front rows had fallen ill.

Matt stopped playing immediately and jumped down off stage with other members of staff and the girl’s family. The audience were left questioning what had gone wrong as only the minority of the audience could see what had happened.

Matt briefly went offstage before the security took the girl out to check her over. Moments later, he returned, letting us know he was pleased to tell us that the girl was feeling better and then continued with the song.

The whole night was awesome and it was my first proper concert. I really enjoyed myself and if I ever get the chance to see Matt live ever again, I’d jump at the chance.

I’d like to thank CLIC for giving me the tickets and giving me the opportunity to interview Matt last month. He’s a lovely, down-to-earth guy and has a voice of an angel.