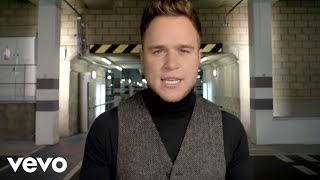 Cheeky Essex singer, Olly Murs, was on the Cardiff leg of his UK arena tour recently and on Tuesday 26th March, I was lucky enough to see him! This was my second time seeing him live and I honestly could not wait. I knew I was going to be in for a treat because Olly is an extraordinary performer.

Murs was accompanied by two support acts – Titch and Britain’s Got Talent finalists, Loveable Rogues. I hadn’t heard of Titch before so I was really looking forward to seeing her perform. She mainly sang her own songs which I instantly fell in love with, especially her new single, Dumb, and I’m pretty sure she’s going to make it big here in the UK.

Loveable Rogues were very interactive with the audience and I really enjoyed their performance. They did a few covers such as their audition song for Britain’s Got Talent and also showcased their new single, What a Night, which I instantly grew fond of. They really warmed us up for the star of the night.

When Olly burst onto stage, I couldn’t help but sing along to his first song and new single, Army of Two. I will never understand where he gains his energy from, but he was like a jumping bean across the stage and my neck literally hurt from moving around so much to follow where he was. But that was brilliant, though, because there was never a dull moment.

When Olly walked above the crowd on a glass platform, he was literally less than a meter above my head and I couldn’t decide whether to fangirl over how close he was or worry slightly in case a freak accident occurred and he fell on top of me. Thankfully, his trusty production team had the platform secure, so no worries there.

Olly will admit this himself, it’s never a completed Olly Murs tour without him tripping over or ripping his trousers. Tonight, he ended up doing both. Ripping his trousers ever so slightly (seriously, Olly, I think it’s time for looser trousers, mate) and then slipping on water, he tipped over during his cover of A Town Called Malice. To add to his embarrassment, guess who shouted they had told his mother when he said he knew what her reaction was? Correct. I took it upon myself to yell: “I’ve already tweeted her.” I didn’t expect him to hear me, but he did. And so did the whole arena. He just cringed and shouted back “Oh no,” and laughed.

Overall, Olly’s performance was fantastic and I really felt down once the show had ended. The cheeky Essex chap really is a true performer and kept us alive and buzzing throughout the entire show. I loved every second of it and I cannot wait for the day I get to see him again.

Related Article: The Only Way Is Olly