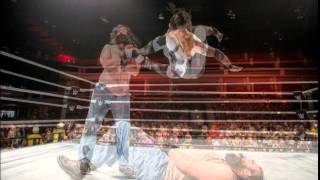 Irecently had the opportunity to go and watch the WWE Live in the Cardiff Motorpoint Arena.

During an epic night of non-stop action, stars such as Seth Rollings, Rusev,Big Show and Dean Ambrose put on unmissable performances.

Although, it was sad to seethat stars like John Cena, Randy Orton and Kane couldn’t make it due to beingelsewhere.

Asit was only a small performance there was no title changes during the show. However, all the current feuds remained in place for the wrestlers.

Theatmosphere during the night’s event was electric, the crowd went crazy allthrough the show which created an even more amazing night’s memory.

Althoughmany of the crowd were disappointed due to the no-shows of the likes of John Cenaand Randy Orton, they were glad to see the future potential in the form of Big Show,Paige, Seth Rollings and Dean Ambrose.

DeanAmbrose and Seth Rollings competed in a Street Fight which featured as thenight’s main event. The match lasted around the half hour mark and includedboth Seth and Dean being thrown into a table each; Dean hammered Seth during the majority of the match with Seth curb-stomping Dean half waythrough the fight.

Thiswas my favourite fight through the night, not only because Dean Ambrose isone of my favourite wrestlers right now, but because of it being a streetfight. It was the most exciting and energetic fight of all: although, I giveall the wrestlers their due, they each put on an amazing performance.

Thearena was sold out, which is a little bit of a surprise considering it wasn’t arecorded event and some of their main talent wasn’t in attendance. Althoughthis is my fourth WWE viewing (at an arena) I would definitely go again, infact I’m hoping to go when their European tour kicks off again next April.

Goto livenation.com to find more events and what dates they’re on and also check out the Motorpoint Arena for listings of what’s going on there.

Info Things To Do The Arts Gigs, Concerts, Events And Festivals