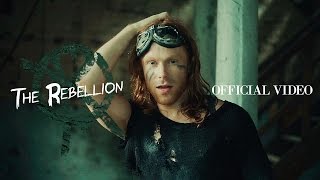 Hey again everyone, so one of the many benefits of being a part of the lovely people of Wicid is that those who volunteer for them will often be given mention of some pretty cool stuff to review. This can come down to shows, games, other events, quite a few nice things for everyone, and another thing, that I’ll be talking about today, is music. Now, I love music, I’m not a diehard or anything, but whenever I’m on the train or walking around public to avoid the anxiety of being among the masses, I always have earphones in listening to something. I mean, I’m more of a soundtrack person myself, instrumental, gaming OSTs or something from an anime or cartoon series I like. Not really much of a mainstream kind of person, because honestly, most of what you hear these days just doesn’t sound good, or at least as good as what once came before it. Saying all of that, I think it’s about time we talked about what I listened to that may very well change my opinion on that.

Meet Bentley Jones, a music artist from Solihull in the West Midlands of England, who started to make waves right off the bat, and he didn’t need to take a music GSCE to do it! Starting from scratch, he played around with creating music to the point of being noticed by quite a few noteworthy people. His release debut in Japan Sunaoninaretara (FINAL NIGHT) sold over 30,000 downloads upon its release in 2009 and sent him into the Recochoku International chart at #5. He also got high praise from Ayumi Hamasaki, the queen of J-Pop, for his success and eventually signed with the same management company as her, being the first British artist to do so. And yes people, she IS the queen of J-Pop, and I DARE you to try and find me someone better than her. Go on, I’ll wait.

He has also lent his voice for different tracks of the Sonic the Hedgehog gaming series (Sonic ’06, Sonic & SEGA All-stars Racing, etc), where he was also under the alias Lee Brotherton, though he does tracks for other ones as well. Personally, his latest take on the Kingdom Hearts 2 opening ‘Sanctuary’ from his Play (Translation 3 Chapter 3) album has made my heart do flips for weeks.

Besides remixes of gaming tracks and Japanese titles, he has also made remixes involving names that you guys might have heard of before. Rita Ora? Sia? The Saturdays? Katy Perry? Any of them ring a bell per chance? He’s being compared to the likes of David Guetta, Avicii and will.i.am, and has gotten Twitter followers and fans from names like Madonna, Neil Tennant and Lady GaGa – doesn’t get much higher than that, right?

I could say more about him, but that’s only part of the reason I chose to make this article, the other is that he has a new single out called ‘The Rebellion’. I mean, what can I say about it really? Just, go buy it… now? The track itself – without the words – is powerful enough, but the vocals by Bentley himself add to the message that much more. The song basically represents wanting to do things your own way, not having people pushing you down and telling you that you aren’t good enough, and that you aren’t alone in the way you feel. At least that’s what I get out of the lyrics for the song anyway, it can mean something different to someone else, but that’s what I got out of them, anyway. They can be seen with the music video, which that in itself is a pretty wicked thing to watch.

While this single is out now on iTunes, it’s also on his website as well if you’d like to buy it that way. But, of course, this song will also be a part of his first British album that will be released on November 6th, so keep a look out for that, I know I will be.