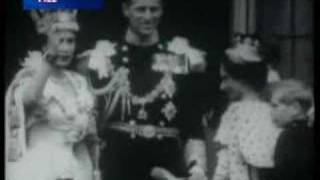 In light of the soon-to-be royal wedding day of his highness, Prince William and Catherine Middleton, I’ve decided to give all you wicid.tv readers and members a lesson in “The British Monarchy.”

Now, this is only a brief bunch of facts and trivia really, because if I were to review over 1000 years of history – well, we could be here for a while!

I think it’s so important to know about our history, so here is a brief one of “The British Royal Family” (I promise, I don’t cover all 74 of them!)

You probably remember from your history lessons that commonly, William, Duke of Normandy is considered the first “King of Britain” after 1066 (Hastings.)

Here are some key dates in the “British Monarchy’s” diary.

The term “King of England” was not official until 1154, with Henry II being the first recipient of it
In 1172 the pope (at the time) decrees that Henry II is Feudal lord of Ireland (If you want to learn more about the “Feudal System, then please visit http://en.wikipedia.org/wiki/Feudalism)
King John signs the Magna Carta (Great Charter) in 1215 (If you want to revisit your history lessons, then here’s alink about the Magna Carta –
Henry III summons Britain’s first parliament in 1265
The Principality of Wales was controlled by the controller of England in 1284
King James of Scotland takes the official title “King of the United Kingdom” however, Scotland was not added until 1707
In 1532 Wales was officially united with England.
After the Tudor House fell apart due to deaths and conflicts of succession, The Bill of Rights 1698 was the result of the “Glorious Revolution” which gave Parliament more power than the monarchy, giving citizens certain rights.
Between 1701 and 1800 many “Acts” were created addressing the issue of union – finally, in 1800, the “Act of Union” created “The United Kingdom of Great Britain and Ireland.”
In 1876, Queen Victoria is named “Empress of India” sparking the beginning of the Commonwealth. (More on that later.)
In 1922 South and North Ireland separate
Present Day – The monarch is Elizabeth II, Queen of the Commonwealth realms, of the House of Windsor. She has reigned for 59 years, making her the Second-longest reigning monarch in any of her realms, surpassed only by Queen Victoria who reigned an incredible 62 years.

Royal fact – Queen Elizabeth II is actually an Empress – she is the sovereign of 54 countries known as the Commonwealth. Here is a full list of the countries she rules

The Queen, our Queen

Queen Elizabeth II is known as one of the most powerful women in the world, although, she exercises little power at all. “the Sovereign has, under a constitutional monarchy … three rights—the right to be consulted, the right to encourage, the right to warn.”

The Queen has the power to appoint or dismiss Prime Ministers, dissolve parliament and call elections and give honours, such as knighthoods. However, she must act in accordance with the people’s choice. A famous lesson of not conforming to this came early in Queen Victoria’s reign – she refused to dismiss Lord Melbourne (Prime Minister of the time and Liberal party leader) after he lost the majority vote to Sir Robert Peel (Leader of the Conservative Party) the result were attempted assassinations of Her Majesty and riots outside Buckingham Palace.

The Queen’s ultimate and most important role is to show the unity of our country, through visits around the world and infamous speeches to the likes of the United Nations. Her role is usually ceremonial, retaining a traditional and formidable view of Britain to the rest of the world.

Other powers include the power to declare war and sign treaties, and also claim any land within the Royal estate for her use.

A Royal Fact – In the film “Johnny English” Pascal Savag lists the powers of the Queen incorrectly. He states that she can claim any piece of land within Britain – in actual fact, 89% of Britain is held by Parliament, and restricts the Queen from purchasing it privately. Most of her palaces are also owned by Parliament; she privately owns Balmoral Castle and Sandringham Palace, and around 100,000 hectacres of land, within her estimated £230 million personal wealth.

A hugely misunderstood piece of information is how the Royal Family is financed, what does it cost us? A report in 2009-10 stated that the Royal Family costs every single person in the U.K 62p a year, derived from V.A.T and other taxes – that’s barely a chocolate bar? This money pays for what is known as “Head of State expenditure” involving transport and ceremonial/administrational cost – not to mention, the Royal Family employ 1,200, 450 of which are payed from this expenditure!

Reports of funding can be found here

A Royal Fact – The Queen does pay tax. She pays tax on her income, V.A.T and even on postage and stamp costs! I would answer the cashier with a “Excuse me, one is on that postage stamp you are charging me for!?”

Relating back to the wedding theme, there seems to be some good examples for Wills and Kate for follow. William’s grandmother and grandfather; Queen Elizabeth II and Prince Phillip, Duke of Edinburgh have been married over 61 years, making her majesty the “Longest married Monarch ever.”

Perhaps you’re attending a street party soon? Then my dears, let me provide you with some etiquette lessons – royal style!

When greeting royalty, you begin with “Your Majesty”, after which, you may use “Ma’am” – Ma’am as in ham, not ma’rm as in farm!

If you are not a citizen of the Commonwealth, such as America, then you do not have to bow or curtsy, however, you may nod or bob your head.

You must wait for the Queen to extend her hand to you to shake, shaking only shortly and loosely – touching a member or royalty in any other way is deemed as inappropriate.

During conversation, which the Queen must begin, you cannot call her “Liz” and you cannot question her on current affairs, including her grandchildren.

You must never turn your back on the Queen, until she dismisses you.

As for dress codes, the Royal family states “Members of the Royal Family do not wish anyone to be put to unnecessary expense by buying special clothes, hats or gloves.”

Now, onto eating – you need only raise your cup from your saucer, and then replace. Take small sips and bites and everyone must finish eating when the Queen has taken her last bite.

A Royal Fact – Icing sugar was renamed “Royal Icing Sugar” in honour of Queen Victoria, whose wedding cake in 1840 used it instead of marzipan”

I’ve covered history, finance, The Queen, etiquette and touched upon some politics – the only issue left is Succession.

This is simple – as it stands, Prince Charles is next in line to the throne, however there is speculation that he may be forced to abdicate his throne to Prince William due to his second marriage to Camilla Parker-bowles.

One day, we could have King William and Queen Consort Catherine – but, good ol’ Lizzie shows no signs of stopping, and remember, her mother lived until to 101!

I hope you’ve enjoyed and learnt about a great part of British history – Britain’s Monarchy is one of the few remaining monarchy’s in the world, and possibly the longest-surviving. In light of all this information, I do have a request.

In 2001, there were campaigns and polls released asking whether the Monarchy should be abolished in light of the United Kingdom becoming a republic. The polls showed a majority that were against the abolishment, so the Queen is here to stay. But, what do you think?

Does the monarchy have a place in modern day Britain?