Home » News » Things To Do » RWBY Video Game In Development 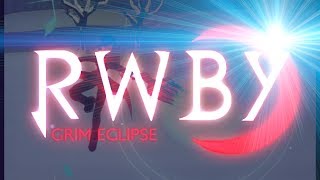 Yeah, so the title alone should have peaked enough interest. Whether it be for ‘what is a RWBY?’ in which I’d call y’all silly for not knowing since I did write up a review article on the first episode of season one sometime last year. But if you remember that article and are going frantic with overwhelming feelings after reading the title for this piece of news, I’ve been doing it before any one of you have.

To sum up for those who don’t know, RWBY is an anime-esque themed web series produced by the folks over at Rooster Teeth Productions who are more known for their many other series’ and creations. Red vs. Blue, Achievement Hunter, the Rooster Teeth Podcast, amongst many, many more interesting content. RWBY is one of the newest creations created by the incredible Monty Oum, where he headed in the computer animation of the series and the writing alongside Miles Luna and Kerry Shawcross.

The story, to try and sum it up quickly, takes place in the world of Remnant, which is filled with supernatural forces and shadowy creatures known as the ‘Creatures of Grimm’. Some people in the work make it their goal in battling the Grimm, they are known as Huntsmen or Huntresses. The series focuses on four girls, each with her own unique weapon and powers alongside many different people as they all study to hunt said Creatures of Grimm at Beacon Academy.

So, just think of it as a general anime-like show that has teenage guys and girls flailing around massive oversized weapons and wielding magic whilst including a nice story with different amounts of emotions going through it, ranging from high drama to comedic scenes.

Now back to the topic at hand, at Rooster Teeth’s recent RTX event held in Austin, Texas, they revealed that they would be creating a video based on the popular series with the help of 19-year-old fan and ‘video game development prodigy’, Jordan Scott.

Jordan Scott first developed a playable demo of a RWBY-based fan game he created in respect to the series and its creator Monty by the name of RWBY – Grim Eclipse. Once done with this five-month project, he uploaded game footage from his creation to YouTube on April 1, 2014.

And here we are now, reading about Rooster Teeth taking their first step into actual video game development, a company that pretty much started out for making a small machinima series show, to even more similar shows, live action shows, podcast shows, original content like RWBY, and now actual video games. Not much information has been said about the game other than that they are work on creating a RWBY game. Will it be a fully developed version of Grim Eclipse, maybe it will be a new game based on the gaming mechanics of it, or perhaps it will be some completely different entirely? Will it be PC/Mac/Linux exclusive, or will it be exclusive to one specific console? Or maybe it’ll be a cross platform joy for the whole world to enjoy! Who knows? I, for one, am just so glad that something like this project is actually a thing that’s happening, and as soon as I get enough money in my everyday life to buy things that don’t revolve around me living my everyday life, even that is difficult sometimes (economy, UGH!), I’ll be all over this beauty in a heartbeat. And it will be a beauty, because it’ll be a Rooster Teeth, Monty Oum and Jordan Scott creation, that’s why.

But until then I guess I’ll just catch the new season two of the same show which should be making its way to the Rooster Teeth website on July 24th, and you all should too.