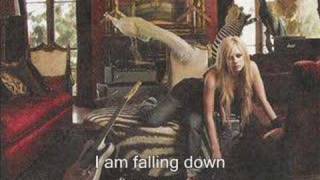 School. A dictionary definition would say that “a school is an institution designed for the teaching of students (or “pupils”) under the supervision of teachers.” In most cases though, school becomes more than that.

For me school became the place where I always seemed to be although never wanted to be. I went through school never being popular but never being unpopular. I always had friends and good times and compared to the bullying I’d received in Primary school, high school bullies were a lot easier to deal with, but it was still rough for a tall, fat kid with a dodgy hair cut and no social etiquette at all!

School is compulsory until you’re 16; For me that meant 2009 was the year I could leave the place and be done with it, yet I stayed another 2 years and found it amazing! That’s the weird thing about school or about anything If someone tells you to do it then you don’t want to but if you have a choice then you usually comply. I did and I would again.

When I think back to the hard times of school I wonder what I complained about! You know that question “If you could tell your 12 year old self anything, what would you say?”, I don’t think I’d say anything. I’d dye his hair, buy him some PROPER clothes, break his voice and tell him “You like boys!”, although if I really think about it, that’s all quite shallow. I’d have to say something like “Right now you feel one way, the beauty of life is that everyday you feel something else. Don’t let anyone tell you you’re ‘too’ happy and never ever make anyone more of a priority over you You are the most important person to you and if you looked close enough you’d realise, you’re a damn good friend to have when you’re stuck with yourself in your head!”

School isn’t usually four walls, The classes are and that’s where you spend most of your time. School is safe. Life is dangerous so you had best make like a gymnast and start learning to tread the line, keep your head above water and know that when you fall, the crowd will gasp and you’ll hurt your back, but it’s your choice Are you going to lay down and die or stand up and shine? It’s your choice. That’s just something I’m trying to learn about “Me, Myself and I.”

I put a video in of a song and artist I love. If you listen to the lyrics I think it really represents the struggle everyone our age goes through but screw the world and everyone in it who doesn’t support YOU for YOU!

We’re all falling down and that’s okay, just get back up again.